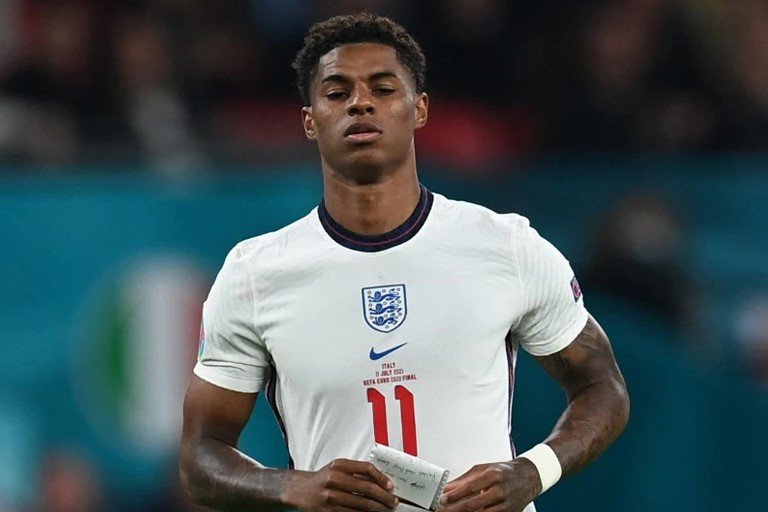 Rashford was not called up to the England national team by coach Gareth Southgate.

Everton will sell England-international striker Dominic Calvert-Lewin this summer, with Arsenal and West Ham ready to move for the 25-year-old. (Sun)

Ajax manager Erik ten Hag is surprised Manchester United have not offered him a contract to become manager after telling the club money will not be an issue in luring him to Old Trafford. (Mirror)

Manchester United and Arsenal have both been linked with Tielemans, who could be allowed to leave Leicester for £35m at the end of the season. (Metro)

Argentina forward Paulo Dybala could move from Juventus to Serie A rivals Inter Milan, with Inter lining up the 28-year-old as a replacement for fellow Argentine Lautaro Martinez, 24. (Mail)

Borussia Dortmund’s Norway striker Erling Braut Haaland will move to Manchester City or Real Madrid this summer, but the 21-year-old has rejected City’s first big offer. (AS – in Spanish)

West Ham are keen on loan moves for Ukraine-based forwards David Neres and Lassina Traore. Neres, 25, and Traore, 21, play for Shakhtar Donetsk and could move during a special loan window set up for players in the country but Shakhtar feel offers from other clubs may be more appealing. (Sun)

Barcelona could offer 22-year-old Spanish central defender Oscar Mingueza as part of any deal to sign Raphinha from Leeds. (Sport – in Spanish)

Wolves have opened talks with Portugal midfielder Ruben Neves over a new contract in an attempt to discourage interest in the 25-year-old. (90min)

Related Topics:ArsenalMarcus Rashford
Up Next