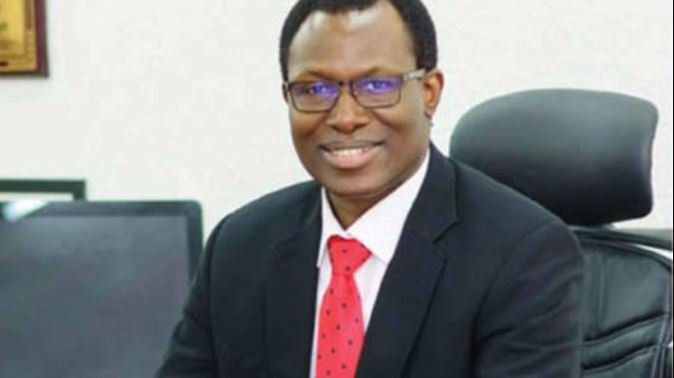 The Association of Licensed Telecommunications Operators of Nigeria (ALTON) has warned of a possible telecommunication blackout in Nigeria’s capital, Abuja and nine other states.

In a statement on Monday, ALTON noted that the possible outage could happen as a result of tax dispute between telcos and the Kogi State Government.

“The Association of Licensed Telecommunications Operators of Nigeria (ALTON) wishes to express its concern about the shutting down of telecommunications facilities in Kogi State as a result of disputes arising from unusual taxes and levies demanded by the Kogi State Government through Its Kogi State Internal Revenue Service (KIRS).

The statement which was jointly signed by ALTON chairman, Engr. Gbenga Adebayo and Gbolahan Awonuga, Head, Operations further noted that, “This issue is likely to lead to a total communications blackout in the entire Kogi State, parts of Abuja the Federal Capital Territory and possible impact on service availability in some parts of the following States: Nassarawa, Benue, Enugu, Anambra, Edo, Ondo, Ekiti, Kwara, Niger States. These are States sharing borders with Kogi State.

“This situation arises as a number of critical telecommunications sites belonging to our members have been closed and sealed up by Kogi State Government in an attempt to increase its Internally Generated Revenue IGR Collection.

ALTON added that, “This action followed an ex-parte court order obtained by the KIRS over unsubstantiated allegations that our members are in default of tax payments to the state government (which is not the truth) and access to these critical telecom sites has been denied.

“As result of these actions by the state government, our members are unable to refuel power generators in these sites, a situation which has led to outage of over 70 sites including hub sites across parts of Kogi State. Now, with likely impact on Nine States surrounding Kogi (namely:- Nasarawa, Benue, Enugu, Anambra, Edo, Ondo, Ekiti, Kwara, Niger States. These are States sharing borders with Kogi State), and Abuja the FCT inclusive.

The telecom association explained that, “We are very concerned that this indiscriminate action has the potential of further leading to a total telecommunications outage in Kogi State with neighboring states and parts of the Federal Capital Territory adversely impacted.

“To the best of our knowledge, our members have settled all statutory levies and taxes due to the Kogi State Government and have taken necessary steps to comply with local laws that govern business activities within Kogi State.

“ALTON is worried that the action by KIRS will jeopardize communication services provided by us to security agencies such as the Nigeria Police Force, the Armed Forces in addition and to other emergency and social services in Kogi and other neighboring states. This will include affecting communication links to Bank automatic teller machines (ATM) across those states.

“The outage currently being experienced is already affecting the ability of our members to provide uninterrupted service delivery to Commercial Banks, Central Bank of Nigeria, the Nigerian National Petroleum Corporation and other critical agencies of government in the aforementioned locations.

“It is pertinent to note that the office of the National Security Adviser to Mr. President has in the past communicated to the 36 state governments on the fact that telecommunications sites are Critical National Infrastructure (CNI). They are critical socio-economic and security infrastructure. The agency had strongly advised against sealing them as such actions would have negative implications on national security.

“State Governments were encouraged to explore other means of resolving tax related disputes rather than sealing telecommunications sites. It is therefore worrisome that the KIRS continue to ignore such advice.

“Our members have also made several overtures to Kogi State Internal Revenue Service KIRS in the past months in a bid to resolve the disputed issues amicably but the agency has remained adamant. Rather than resort to the Tax Arbitration Tribunal for intervention as is expected of a government agency, KIRS has resorted to subtle intimidation by getting the sites shutdown in a bid to coerce our members into accepting the illegal taxes and levies.

“As an industry, this situation is very worrisome and of great concern and we hereby call on His Excellency, The President of the Federal Republic of Nigeria, the Vice President of the Federal Republic of Nigeria, who is driving the Presidential Enable Business Council on Ease of doing business in Nigeria to prevail on the Kogi State Governor His Excellency, Yahaya Bello (a Presidential Aspirant) to reign in on the matter to prevent a total blackout in communications services in Kogi, FCT and other Nine States of the Federation which are now under threat due to what is happening to our network in Kogi State,” ALTON said.