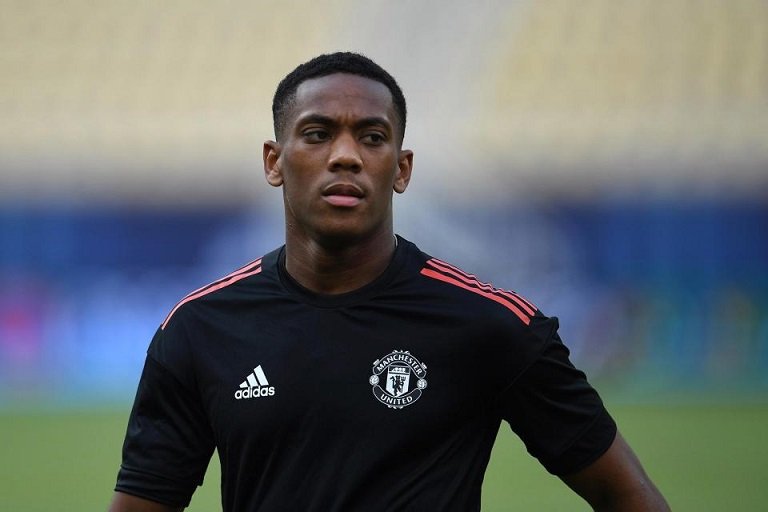 France forward Anthony Martial, 26, could be used by Manchester United as a makeweight in a deal to sign England captain Harry Kane, 28, from Tottenham. (ESPN)

Manchester United are keen on Benfica’s £60m-rated striker Darwin Nunez, but their hopes of landing the 22-year-old Uruguay international hinge on qualifying for the Champions League next season. (Telegraph – subscription needed)

Nunez has told Portuguese club Benfica that he wants to move this summer and is keen on playing in the Premier League. (90min)

Arsenal could move for Juventus’ Argentina forward Paulo Dybala, 28, as a cheaper alternative to their other targets, which include Benfica’s Nunez. (Football.London)

Everton will have to sell one of their star forwards, England striker Dominic Calvert-Lewin, 25, or 24-year-old Brazil international Richarlison, in the summer after posting losses of £121m last season. (Sun)

Chelsea and France midfielder N’Golo Kante, 31, turned down an approach from Paris St-Germain in January to join the French champions in the summer. (Le Parisien)

Manchester United have been gathering information on what it would take to secure Ajax head coach Erik ten Hag, such as a compensation fee, following official talks with the Dutchman. (Sky Sports)

Ten Hag could play a key role in signing PSV Eindhoven’s 22-year-old Dutch forward Cody Gakpo for Manchester United, should the Ajax manager be appointed as the next Old Trafford boss. (MEN)

Netherlands winger Steven Bergwijn, 24, has hinted he is ready to bring his time at Tottenham to an end this summer. (Mail)

Czech Republic’s 26-year-old striker Patrik Schick, who has been linked with a move to either Arsenal or Barcelona, will not be leaving Bayer Leverkusen, says the club’s chief executive. (Goal)

Manchester United are ready to make a move for England striker Tammy Abraham, 24, who has scored 23 goals for Italian club Roma this season. (Corriere dello Sport – in Italian)

Newcastle United are set to move for Bologna’s Scotland left-back Aaron Hickey, 19, who could be allowed to leave the Italian club for £15-£20m. (Fabrizio Romano)

AC Milan are reconsidering a move for Real Madrid forward Marco Asensio after being put off by the 26-year-old Spain international’s wage demands. (Tuttosport)

US Embassy gives conditions for visa renewals without interview