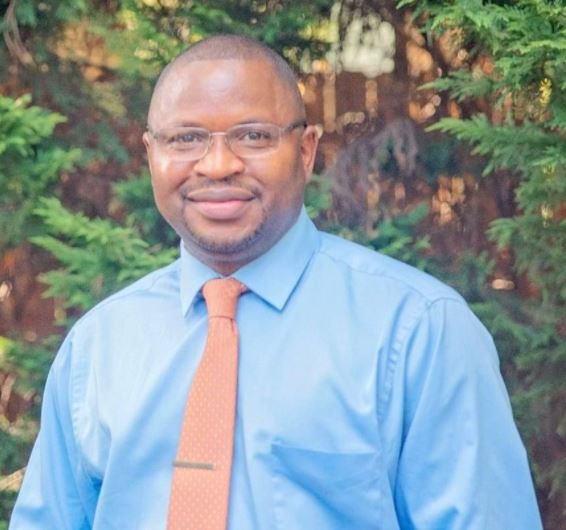 Farooq Kperogi is a confusionist and serial liar. His life is so distorted that even his name is a lie. Do a simple Google search and you will find variations of the spelling of his name, from Farouq to Farooq and Kperoogi to Kperoqi, one cannot be sure this man knows his own identity.

He has told too many lies that it is beginning to take its toll on his life and family. Little wonder he is getting less and less traction and traffic for his laughable hatchet jobs. Renowned journalist, Bamidele Johnson appear to sum up Kperogi the most in his response to an article titled, “Ikoyi Tragedy and Casual Bigotry Against Yoruba Muslims,” Johnson described him as “apparently accustomed to getting away with reckless claims, marked by outright concoctions attributed to dodgy sources”.

Many who knew Kperogi from childhood said he was a master liar, he didn’t have to think of the lie, it just flowed through his head. They also say that he is loyal to no one but himself. He is quick to throw anyone under the bus if there are no gains for him and that his evident in all his spurious writings.

His latest attempt is to claim that Vice President Yemi Osinbajo will pursue a Christian agenda when he is elected President. Since that lie did not gain the much needed attention he added another that there will be religious war if Osinbajo becomes President but all facts suggest otherwise.

On multiple occasions the Vice President has been invited to Islamic events locally and abroad to speak on religious tolerance and peace. On one of such occasions, he graced an event organized by the Nigerian Supreme Council for Islamic Affairs (NSCIA) and was described as the “Pride of Nigeria”.

Even the near-violent Muslim Rights Concern (MURIC), an Islamic rights advocacy group said Osinbajo has no Christianization agenda and went on to list the high ranking Muslims that works with the Vice President.

The Sultan of Sokoto, considered the spiritual leader of Nigeria’s Muslims described Osinbajo’s leadership as “divine” and in one of the many visits to the United Arab Emirates, the VP spoke on Interfaith Tolerance Dialogue precisely in 2019.

So why the lies against this man? What exactly is Kperogi’s end game asides igniting a religious war in Nigeria? Here are 10 instances where Kperogi’s lies have been busted.

1. He once lied that only foreign pilots fly the VP but in a swift response his lies were busted. A pilot, Murtala quoted his tweet and set him straight saying, “The foreign pilot doesn’t work for the Nigerian Police Air Wing. The co-pilot is a support/instructor from the manufacturer of the new Bell aircraft. He didn’t apologise, he never does.

2. Another lie he told this year is that the Cabal has rejected Osinbajo yet he goes out almost on a daily basis to incite hate against the VP that has been rejected.

3. Similarly, he lied that the Vice President had no regard for the Islamic faith when he paid a visit to a mosque in Kano on condolence visit. In his usual busybody fashion, Kperogi claimed it was disrespect for the religion but it was the Muslim faithful that said it was okay for the VP to wear his shoes. Pictures of leaders including President Muhammadu Buhari was used to bust his lie.

Before Kperogi turned all his energy towards the VP, he was always lying against the President, whom he claimed on many occasions was going to die abroad.

4. September 2016, Kperogi lied that an impeccable source told him that the Aso Villa Clinic 2017 budget was more than the combined budget of all the 16 Teaching Hospitals in Nigeria.

5. In his delusion, he concocted a that President Buhari spent 6 million pounds to treat ear infection in London.

6. Again, his mirage authoritative source told him that the Nigeria Air Logo was designed at the cost of 183 million Naira.

7. He once shared a Kannywood movie scene where one actor, wearing Nigeria’s Army camouflage uniform, were shown crying over the death of his colleague. Like most liars, Kperogi can’t tell if it is a movie scene or reality, they just tell their lies.

8. After President Buhari was declared winner of the 2019 elections, Kperogi wrote a WhatsApp message and sent it to himself. In the said message, he said, “A friend in the security sector expressed concern over your safety as a result of possibility of a plot by the Buhari regime/cabal to assassinate you in the state,” he wrote to threaten himself.

9. Again in 2019, Kperogi declared that President Buhari has murdered Col. Sambo Dasuki. Again, when he was accused of sharing fake news he mentioned a Whatsapp source. Dasuki who was standing trial was later released on bail.

10. Kperogi’s position as a liar and fake news peddler was cemented by International Centre For Investigative Reporting. The medium was fact-checking of social media influencers who shared fake news during Nigerian general elections. Kperogi’s name appeared twice, sharing unverified, fake videos as an authoritative evidence of rigging by INEC during the 2019 elections.

It is safe to say that even Satan who is known to be the “father of all liars” will be threatened as Kperogi’s rising profile can topple him.