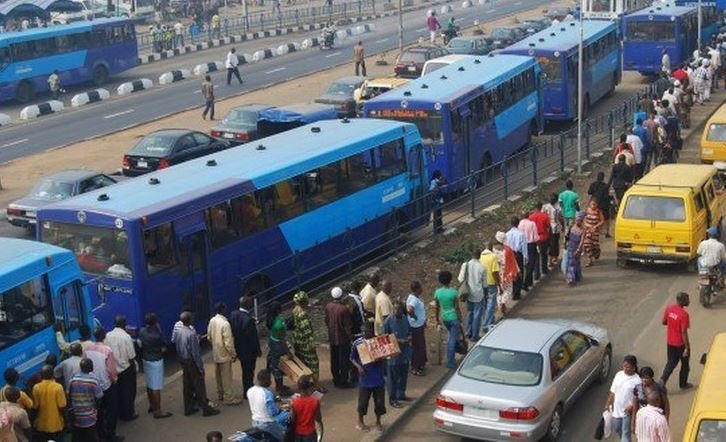 Hard time awaits several commuters who use of BRT buses in Lagos, as an indigenous petroleum company, Petrocam Trading Nigeria Limited, has applied to a Lagos Federal High Court, for the winding-up of Primero Transport Service Limited, the operator of Bus Rapid Transport (BRT) over indebtedness.

Petrocam in a suit marked FHC/L/CP/1702/20, brought before the court, pursuant to Order 19, Rule 1, of the Company Winding-Up Rules of 2001, and under the court’s inherent jurisdiction, is seeking for the leave of the court to advertise the Premero’s winding up petition in the Gazette and in Thisday Newspaper or Punch Newspaper or any other widely circulating newspaper.

The petitioner, Petrocam Trading Nigeria Limited, stated that it’s request before the court is sequel to Primero’s failure and continued failure to pay the debt of N63, 466,000 million.

Petrocam in its petition for winding-up Primero Transport Service Limited and verifying affidavit in support of the petition deposed to by financial manager, Taiwo Abiodun, and filed before the court, stated that sometime between the months of January, 2019 and January, 2020, upon the request of the respondent, the petitioner made a supply of automated gas oil, lubricant oil and gear oil worth the sum of N174, 046, million, and that the supply was made on credit on the agreement that the respondent will pay N10 million, as advance payment before the delivery and balance payment 30 days after invoice date.

The financial manager stated that Petrocam supplied the Automated Gas Oil as agreed however, contrary to the agreement of the parties, the Primero failed to make payment to the Petitioner.

He stated that when Primero refused to pay the money as agreed, several letters were written to Primero to liquidate its outstanding indebtedness in the sum of N113, 446, 000 million, and that upon receipt of the letters, respondent only paid a paltry sum of N1,866,000 million, N28, 114,000 million and N20 million, leaving the sum of N63, 466 million, as outstanding.

On the need for leave to advertise the Winding-Up of Primero Transport Service Limited, the financial manager stated that the petitioner as such applies by petition for winding up of the respondent’s company on the ground that it is unable to pay the debt owed, after same has become due and the petitioner has made a formal demand for the payment of the said debt.

He also stated that the respondent has not in any way whatsoever denied its indebtedness to the petitioner. But it has become insolvent and therefore unable to pay its debt, because it is more than 21 days and the company has not made the payment as demanded in the petitioner’s several letters of demand dated May, 14, 2020, June 1, 2020 and July 1, 2020 respectively, adding that, the amount demanded exceeds N200, 000, 00.

He therefore urged the court to declare that Primero Transport Services Limited be wound up under the provisions of the Companies and Allied Matters Act.

However, the BRT operator has asked the court to dismiss the winding-up suit against it on the ground debt referred to by the petitioner is currently a nonexistent debt.

Primero in its counter-affidavit deposed by a legal practitioner, Mejulu Henry of Hawkes Legal, stated that the petitioner centers on an obligation to pay’ money pursuant to supply of Automated Gas Oil, Gear oil and other oil additives between parties.

Mejulu averred that he is aware that the respondent since the commencement of their business relationship with the petitioner has always enjoyed a credit relationship as a result of the volumes/orders requested from the petitioner.

The deponent while claiming that the debt referred to by the petitioner is currently a nonexistent debt, stated that, the respondent is not insolvent and is in a position to pay its debts.

Mejulu also claimed that the petition was mainly to paralyze the respondent’s businesses and severely injure its reputation and corporate image.

Meanwhile, Justice Lewis Allagoa, has fixed February 25, for hearing of the suit.

Justice Allagoa fixed the date after counsel to the parties, told the court on January 18, 2022, that all efforts to reach amicable settlement of the debt had broken down.

Petitioner’s counsel, Tokunbo Davis of Kemi Pinheiro LP, told the court that parties had attempted to resolve but such moves had collapsed.

Responding, Mejulu told the court that parties have not close the window for settlement.

Mejulu asked the court for a short adjournment to enable the respondent, to regularise it’s position.

Pharmacist, four others remanded over 182,000 tablets of Tramadol