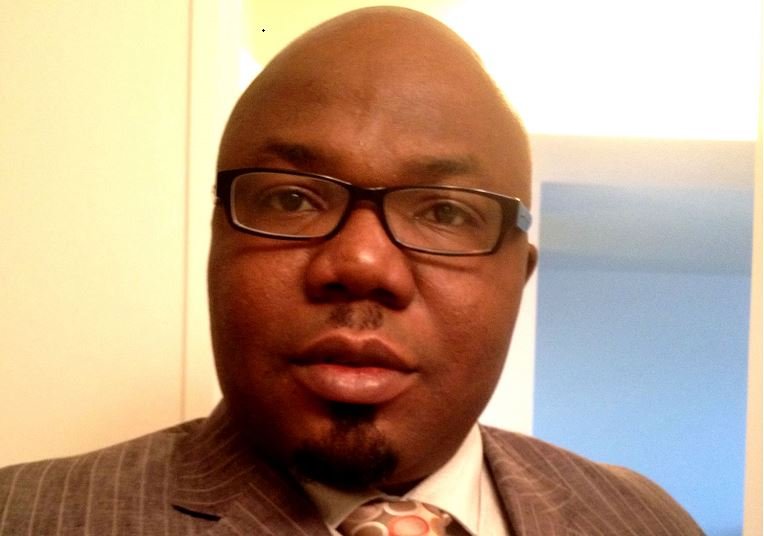 The blackmail scam ran by notorious fake news peddlers, Timi Frank and Jackson Ude has been revealed in a US court following a libel suit filed by Executive Secretary of the Nigerian Content Development & Monitoring Board, Simbi Wabote.

The blackmail scandal comes many weeks after a Nigerian journalist and the publisher of Peoples Gazette, Samuel Ogundipe, was accused of blackmailing the Chairman of Air Peace airlines, Allen Onyema.

Ogundipe is on the run and has not returned to Nigeria since he was reported to security operatives.

In the case of Frank and Ude, they deployed a third party, in the person of Bara Ogidi, a Nigerian blogger and publisher of Tracknews.

Ogidi, acting on instructions from Frank and Ude, tried to squeeze out money from Wabote to drop some stories that were deliberately published to tarnish his image.

Ude, a naturalised American citizen lives and transacts business in Pennsylvania, US.

According to Premium Times, Wabote, in a document filed in the US court, said Ogidi tried to use a story written against him in Pointblanknews to blackmail him.

Pointblanknews is owned by Ude but also used by Frank to target government officials with the aim to blackmail.

In this case, the Pointblanknews story, which accused Wabote of bribery and corruption in the Bonny NLNG contract, is the subject of the libel suit in the US.

Wabote provided as evidence in the court text messages sent to his phone line by Ogidi asking for money so that the bribery allegation story against him (Wabote) could be pulled down from the website of some news platforms, including Saharareporters.

Ogidi, in one of the text messages, appeared to have implicated the publisher of Pointblanknews, Ude, and a former deputy national publicity secretary of the ruling All Progressives Congress (APC), Timi Frank.

“Good day Sir, I am the publisher of Tracknews online,” Mr Ogidi introduced himself to Mr Wabote in a text message on October 11.

He went on to say, “Jackson (Ude) and Timi Frank called me for some publications against you but as a Bayelsan I wanted to talk to you so I ask Amb. Igali to send me ur number.”

The next day, October 12, Ogidi continued his strategy by sending another text message to Wabote.

“Boss, is there any little thing, I can talk to Saharareporters and the other platforms to drop it,” he said in the message, apparently referring to the bribery allegation story.

Ogidi, still on October 12, sent another message to Wabote, informing him that he had spoken with Saharareporters and three other platforms that “published” the bribery allegation story and that they “agreed” to take down the story in return for “something”.

“They have agreed to take it down and I promised to send them something for appropriation tomorrow,” he said in the message.

He told the executive secretary that the story was bad for his image locally and internationally.

“Well if they like they should not pull it down it is part of the evidence in court,” Wabote said in a response to Ogidi’s request.

Ogidi, unrelenting, continued to push for money from Wabote, at least for his own blog.

“I told my editor that u will send us something to appreciate us,” he said in a text message on October 13.

He sent his Stanbic IBTC account number to Wabote.

Things took a different turn a day later as indicated by another text message sent on October 13 by Ogidi to Wabote.

“Good day Boss. Sorry to disturb you,” the message began.

“Chief Timi Frank called me and upset with me greatly that 2 persons called him that u told them that I called u and informed u is Timi Frank and Jackson that is fighting him. He just called me from Dubai,” said Ogidi in the message.

“Is he denying that he did not ask you?” Wabote responded.

“He said as a journalist I should have hide such identities,” Ogidi said to Wabote.

Wabote’s inclusion of Ogidi’s text messages to him in his evidence before the US court is to strengthen his libel suit against Ude, apparently.

He also provided the US court with a 2018 judgement by a Nigerian court against Ude in a libel suit filed by Ngozi Okonjo-Iweala, a former finance minister in Nigeria and the current Director-General of the World Trade Organisation.

The Pointblanknews story had accused Okonjo-Iweala of purchasing N1.2 Billion house at Maitama, Abuja, while Nigerians “were suffering under an administration she was a key player”.

For Okonjo-Iweala’s suit, the Nigerian court – a High Court in Abuja – awarded N200 million against Pointblanknews, its publisher, Mr Ude and Churchhill Umoren.

Wabote, through his lawyer, Joshua Macel, told the court that the bribery allegation story against him in Pointblanknews was false.

He asked the court to order the publisher of Pointblanknews to remove the story from their website and pay him $10,000,000 as damages, as well as restrain him from making further publication against him.

Ude, in his counterclaim, denied that the story published against Wabote was false. He challenged the jurisdiction of the court to hear the case.