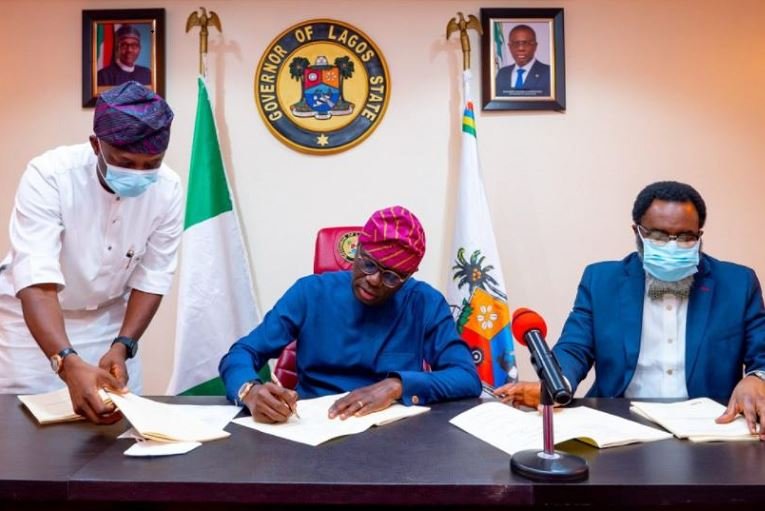 Governor Babajide Sanwo-Olu of Lagos state on Wednesday signed the bills for the establishment of two additional universities in the state.

The bills is to upgrade the Lagos State Polytechnic in Ikorodu, Isolo and Surulere campuses to the University of Science and Technology.

The bill will also ensure the changing of Adeniran Ogunsanya Colleges of Education, Ijanikin and Michael Otedola College of Primary Education, Epe to Lagos State University of Education.

Speaking at the signing ceremony, the governor said that Lagos residents were now blessed with two additional universities to the existing Lagos State University (LASU), established in 1982 by the first executive governor of the state, the late Alhaji Lateef Jakande.

He said that the state government would take the law to the National Universities Commission (NUC) for due process.

According to him, the government is believing a timely approval from NUC, as it longs to receive the certificates for the establishment of the two universities.

“I feel so delighted and proud of all of us creating history today and I believe that indeed generations coming after us will remember this very bold, audacious decision that we have taken.

Sanwo-Olu said that what the government had done was proper, for the existing staff, both academic and non-academic and more importantly, for the students today and in future.

Speaking earlier, the Special Adviser to the Governor on Education, Mr Tokunbo Wahab said the establishment of LASUED and the Lagos State University of Science and Technology, would solve issues relating to admission for Lagos State citizens.

Wahab commended Gov. Sanwo-Olu for assenting to the establishment of the two more universities and the Lagos State House of Assembly, led by the Speaker, Mr Mudashiru Obasa for believing in the process.