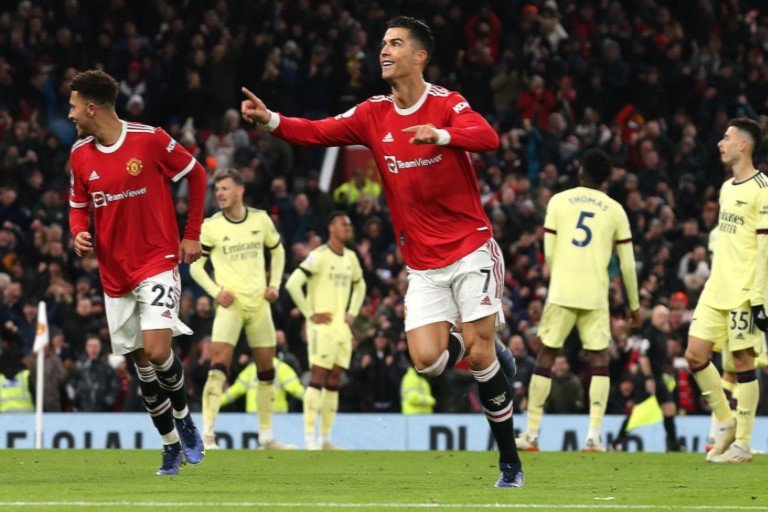 Manchester United forward, Cristiano Ronaldo, will be seeking to score his record extending 805th official goal when the Red Devils take on Watford in the Premier League matchday 27 set to be televised live on SuperSport Select 2 (GOtv channel 34) at 4pm this Saturday, 26 February 2022.

The 37-years-old Portuguese had endured a six-game goal drought before scoring an opener against Brighton and Hove Albion on Matchday 24 as the Red Devils coasted to a 2-0 victory to climb up to number 4 on the league table.

While they started the season as one of the title favourites, Ralf Rangnick’s men currently sit fourth on the Premier League table and they are 17 points adrift league leaders and neighbours, Manchester City.

On Saturday, the Red Devils will be out to avenge a 4-1 embarrassing loss against Watford in the reverse fixture at the Vicarage Stadium in what happened to be erstwhile manager’s Ole Gunnar Solskjaer last match in charge of the team.

Star winger Jadon Sancho will be hoping to continue his fine form against his boyhood club.

After a slow start to his Manchester United career, the former Borussia Dortmund man has hit the ground running.