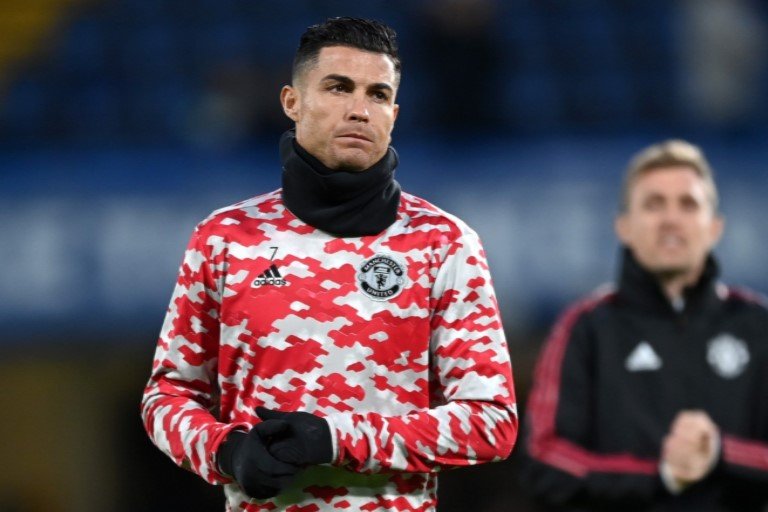 Manchester United and Portugal forward Cristiano Ronaldo, 37, is attracting the interest of Paris St-Germain, Bayern Munich and Roma as he weighs up whether to leave Old Trafford this summer. (Sun)

If Ronaldo decides to join PSG it would be the first time that he plays with rival Lionel Messi in the same team.

Manchester City have offered £5.5m plus add-ons for Atletico Mineiro winger Savio. The Brazil youth international, 17, is also being tracked by Arsenal. (Guardian)

West Ham are planning summer talks with their English forward Jarrod Bowen, 25, over a new contract to fend off interest from Liverpool. (Evening Standard)

Bayern Munich and Borussia Dortmund are the latest clubs keeping tabs on Chelsea’s Albania forward Armando Broja, 20, who is on a season-long loan at Southampton. (Sun)

Manchester United, Liverpool, Chelsea, Arsenal and Newcastle are all monitoring Kalvin Phillips’ contract situation at Leeds. The 26-year-old England midfielder’s present deal is due to end in 2024. (90min)

Chelsea are focused on signing France defender Jules Kounde, 23, from Sevilla after being told that Paris St-Germain will not sell Brazil centre-back Marquinhos, 27. (Fabrizio Romano)

Leicester and Belgium midfielder Youri Tielemans, 24, has been urged to snub moves to Liverpool and Manchester United in favour of a switch to Chelsea by former United and Brazil midfielder Kleberson. (Express)

Former Liverpool captain Steven Gerrard is also interested in bringing veteran Milner to Aston Villa on a free deal when his current contract at Anfield expires in the summer. (Birmingham Live)

Jose Mourinho is interested in bringing 26-year-old Denmark international Pierre-Emile Hojbjerg to Roma after working with the Tottenham midfielder during their time together in north London. (Corriere della Sera via Sport Witness)

West Ham are in talks with captain Mark Noble about the English midfielder, 34, taking up a football executive role at the end of the season. (Mail)

Aston Villa will listen to offers this summer for Burkina Faso winger Bertrand Traore, 26, who is under contract until 2024. (Football Insider)

Pep Guardiola is considering offering Brazil midfielder Fernandinho, 36, a place on his Manchester City coaching staff for next season. (Sun)

Vissel Kobe’s former Spain midfielder Andres Iniesta, 37, would welcome returning to Barcelona as a player, if the opportunity were to arise. (Goal)