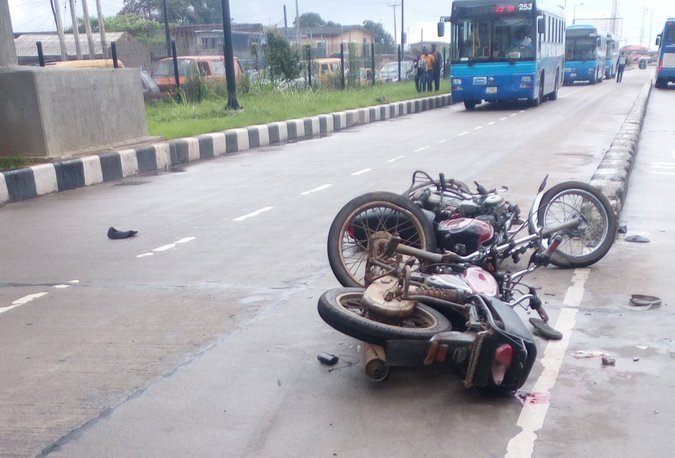 The Federal Road Safety Commission (FRSC) on Sunday said that nine persons died in an auto crash that occurred on the Ilorin- Ogbomoso Road.

Its Sector Commander in Kwara, Jonathan Owoade, confirmed the development at a news conference on Sunday in Ilorin.

According to him, the fatal crash occurred opposite the Ilorin International Airport in Ilorin.

He said that the crash which involved 20 persons, had eight persons injured, while nine others were confirmed dead.

“This morning, we were informed of the unfortunate crash which occurred on the Ilorin-Ogbomoso highway around the airport authority area.

“A car coming out of the airport ran across the road, and its driver thought that he would have sped and crossed the road before the bus gets to his car.

“The fatal crash happened at about 8.00 a.m., with 20 persons involved. Eight sustained injuries ranging from open wounds to burns and sadly, nine others lost their lives.

“Before we reached the scene of the crash, the injured had been taken to the state general hospital by passersby, while the corpses had been deposited at the University of Ilorin Teaching Hospital mortuary by the patrol team.

“While we wish the injured quick recovery, we are also pleading with motorists to be patient while driving.

“Pedestrians and other road users too should be conscious and be careful while on the road.

“We commiserate with the families of the dead and we pray that the souls of the departed rest well,” Owoade said.