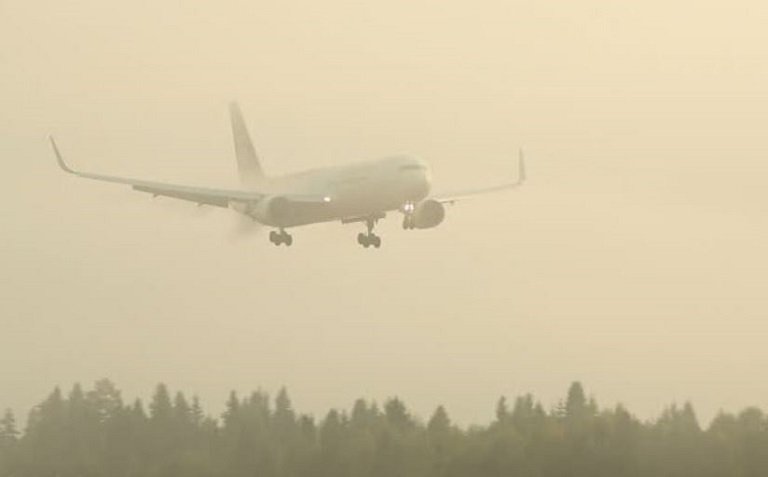 Nigerian airlines have increased airfare by 100% with immediate effect after a meeting in Lagos by domestic airline operators on Monday.

Although the airlines agreed to implement the price increase on March 1, checks by Chronicle NG shows that all airlines have already implemented the increase.

A source who spoke to Chronicle NG explained that the humungous increment was caused by the increase in the cost of aviation fuel.

The resolution adopted by all the domestic operators sees the least economy ticket now selling for 50,000 naira, instead of the previous 22,000 naira for an hour flight.

Investigation by Chronicle NG reveal that major airlines like Arik Air, Dana Air, Air Peace, etc have all implemented the new price at a minimum of N50,000 Green Africa Airlines has flights between N33,000 and N35,000.

Other airlines like Azman Air, Overland Airways, Aero Contractors have all implemented the 100% increase with prices all at N50,000 minimum.

Airline Operators of Nigeria, AON, had issued a statement complaining about the current high cost of aviation fuel.

They statement read, “Aviation fuel cost above N410 in Lagos, N422 in Abuja and Port Harcourt, and N429 in Kano per litre, while the dollar, which sells for between N580 to N600 is in short supply.”

The airlines also expressed worry at what they described as the unavailability of foreign exchange for spare parts and maintenance.

Nigerian airlines often transact in dollars which today sells for between N570 on the black market with forex from the Central Bank of Nigeria not forthcoming.

Airline operators noted that, “This is a major influence on how quickly a grounded aircraft can be fixed and restored to its flight schedule, which in turn has a huge impact on the schedule reliability of the domestic airlines,” AON said.

Nigeria’s aviation regulatory agency, Nigeria Civil Aviation Authority, NCAA, is yet to react to the price increment by the airlines, an action that does not surprise many given the slow reactionary attitude of the agency.