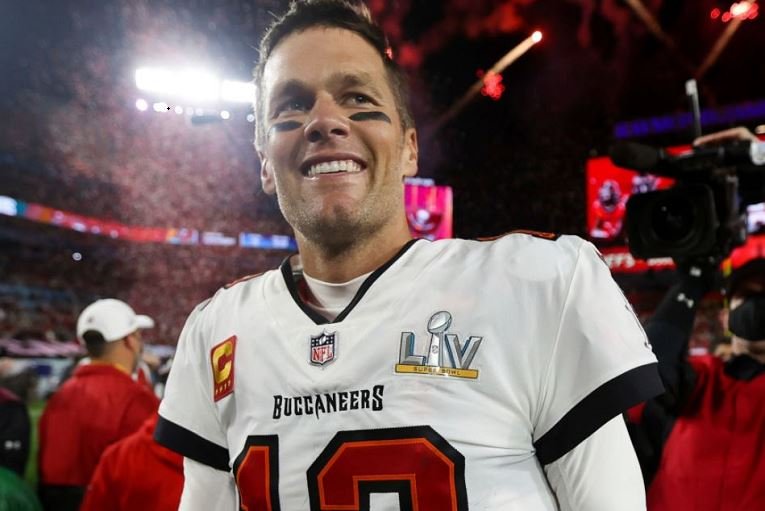 Tom Brady, one of the greatest players in the history of the NFL, has confirmed his retirement.

Brady won six titles with the New England Patriots before his final triumph with the Buccaneers last year.

The five-time Super Bowl Most Valuable Player is retiring after deciding he could no longer make the “competitive commitment” to continue.

His final game in the NFL was a 30-27 loss to the Los Angeles Rams in the play-offs, when his heroics narrowly failed to pull off a sensational comeback from 27-3 down.

Brady, a three-time NFL season MVP, had a year remaining on his contract with the Bucs.

In a statement posted on social media, he said: “I have always believed the sport of football is an ‘all-in’ proposition – if a 100% competitive commitment isn’t there, you won’t succeed, and success is what I love so much about our game.

“My playing career has been such a thrilling ride, and far beyond my imagination, and full of ups and downs. When you’re in it every day, you really don’t think about any kind of ending.

“As I sit here now, however, I think of all the great players and coaches I was privileged to play with and against – the competition was fierce and deep, just how we like it.

“But the friendships and relationships are just as fierce and deep. I will remember and cherish these memories and revisit them often.

“I feel like the luckiest person in the world.”

Following Brady’s announcement, the Patriots tweeted: “It was quite the ride. Thank you and congratulations, Tom Brady.”