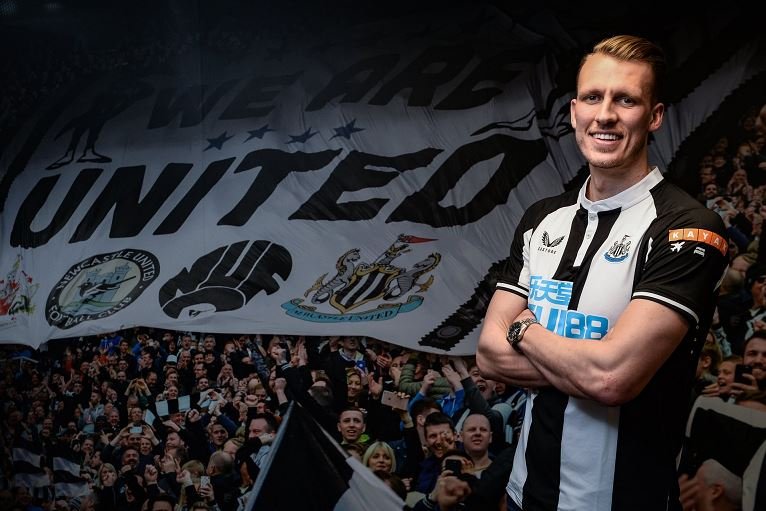 Newcastle United have strengthened their defensive options with the transfer deadline-day signings of Dan Burn and Matt Targett.

The Magpies have spent £13m to sign boyhood Newcastle supporter Burn, 29, from Brighton and Hove Albion on a two-and-a-half-year deal.

Left-back Targett, 26, joins the club on loan from Aston Villa until the end of the season.

The Magpies also seemed to be closing in on France Under-20 striker Hugo Ekitike, 19, but the player had second thoughts on deadline day.

Reims forward Ekitike was Newcastle’s preferred target after it became clear Arsenal forward Eddie Nketiah was not for sale.

He would have further added to their attacking options after the signing of Chris Wood from Burnley for £25m.

While Newcastle have struggled for goals this season – scoring just 21 in 21 Premier League games – they have also leaked them – the 43 they have conceded second only to Norwich (45).

Howe has turned to experience in an attempt to stem that, with the arrivals of Burn and Targett following the marquee captures of England right-back Kieran Trippier from Atletico Madrid and Brazil defensive midfielder Bruno Guimaraes from Lyon.

Targett has played 126 Premier League games for Southampton and Villa while Blyth-born Burn, released by Newcastle aged 11, has made 85 appearances over the past four seasons.

Brighton had previously rejected a £7m bid for Burn, who is 6ft 7in and can play in central defence or at left-back.

“Dan knows exactly what it means to represent this club and he will be a big presence for us on and off the pitch,” added Howe.

Targett, meanwhile, opted to move given his first-team opportunities are likely to be limited at Villa Park after manager Steven Gerrard signed Everton’s France left-back Lucas Digne in a £25m deal.

“We have gone into this transfer window with a plan to add strong competition in specific areas of the team and Matt will be a fantastic option for us on the left,” added Howe.

“He has important Premier League experience and knowhow at this level, so I’m really pleased we’ve been able to add him to the squad.”