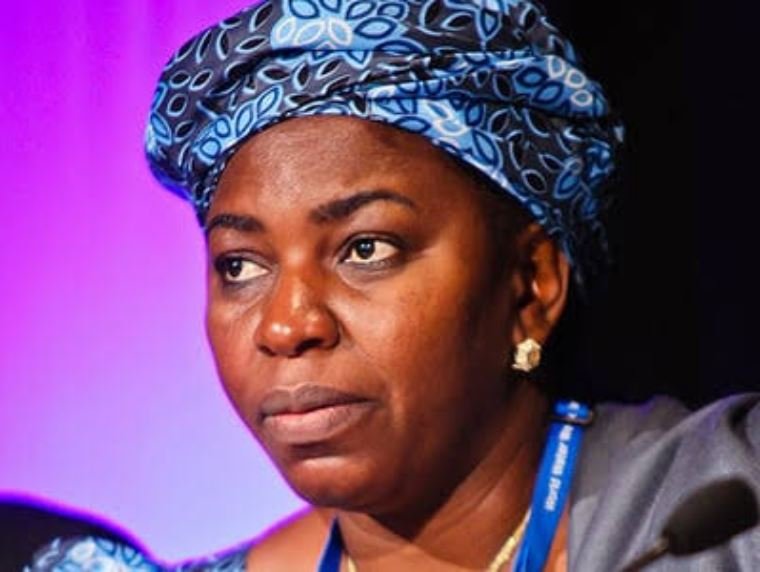 The trio were convicted and sentenced to six years imprisonment each by Justice H. M. Kurya of the Federal High Court, Jos, Plateau State, on an amended three – count charge bordering on conspiracy and money laundering.

They were alleged to have received the sum of N450million from Fidelity Bank Plc through cash and wire transfer by some oil companies and former Petroleum Resources Minister, Diezani Alison-Madueke, to influence the outcome of the 2015 presidential election.

Investigation had showed that, on the March 26, 2015, the sum of N450million were withdrawn from the Central Bank of Nigeria, CBN, by Fidelity Bank Plc Jos main branch and it was handed over to the defendants in cash after they signed for collection.

Though the defendants claimed that they handed over the money to late Senator Gyang Pwajok, the Plateau State PDP Governorship candidate in 2015, they however failed to provide any evidence to support the claim.

Count one of the charge reads: “That you, SARAH RINGIM OCHEKPE, EVAN LEO SUNDAY JITONG, RAYMOND DABO sometime in March, 2015 at Jos, Plateau state of Nigeria within the Jurisdiction of this Honourable Court, without going through the Financial Institution, did conspire amongst yourselves to accept cash payment of the sum of Four Hundred and Fifty Million Naira (N450,000,000.00) from one ANNET OLIJE GYEN, Head of Operations, Jos branch of Fidelity Bank Plc which sum exceeded the amount authorised by Law and thereby committed an offence contrary to the provisions of Section 18 (a), Section 16 (1) (d) of the Money Laundering (prohibition) Act 2012 (as amended) and Punishable under Section 16 (2) (b) of the same Act.

The defendants were convicted on count one, bordering on conspiracy to accept cash payment above threshold under the Money Laundering Prohibition Act, 2012 (as amended) and sentenced to three (3) years imprisonment with an option of N2,000,000.00 (Two Million Naira) fine each.

On count two, the defendants were convicted and sentenced to three (3) years imprisonment with an option of N2, 000,000 (Two Million Naira) fine each.

The sentences are to run consecutively.

The Court discharged and acquitted them on count three which borders on retention of funds.