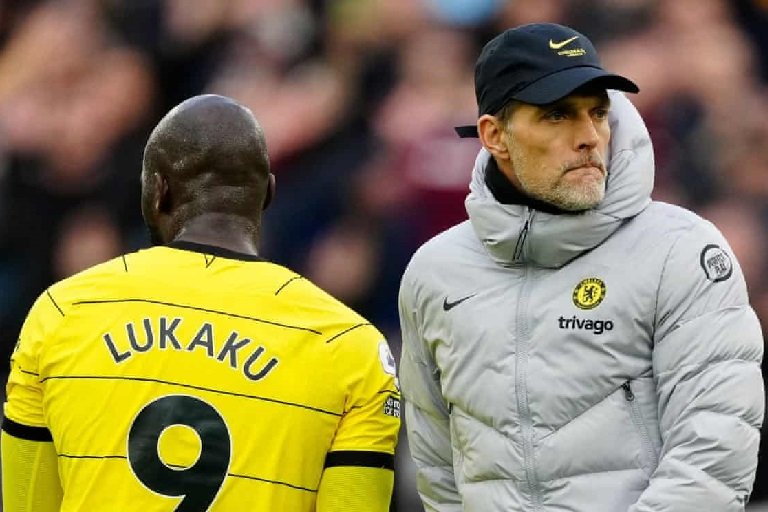 Chelsea striker Romelu Lukaku has been linked with a return to former club Inter Milan but the 28-year-old Belgium international wants to stay and fight for his place at Stamford Bridge. (Mirror)

Manchester City are leading the race to sign Norway striker Erling Braut Haaland from Borussia Dortmund this summer, while Barcelona, ​​Bayern Munich, Paris St-Germain and Real Madrid have also made offers to the 21-year-old. Real want Haaland to stay at Dortmund for one more season before they sign him. (SER Deportivos – in Spanish)

Dortmund sporting director Hans-Joachim Watzke expects Haaland’s future at the German club to be decided in the next six weeks. (RTL – in German)

France striker Kylian Mbappe’s contract at Paris St-Germain runs out in the summer and the 23-year-old has turned down another contract offer from the French side. (Marca)

Arsenal, Chelsea, Manchester City, Manchester United and Tottenham are interested in 28-year-old Argentina forward Paulo Dybala, who is open to leaving Juventus when his contract with the Serie A side runs out in the summer. (90 Min)

Manchester United are interested in signing Germany centre-back Antonio Rudiger on a free transfer when his contract with Chelsea runs out in the summer and the 28-year-old will delay a decision until the end of the season. (Mirror)

Manchester United are keen to sign defender Manuel Akanji from Borussia Dortmund and are said to have already tabled an offer for the 26-year-old Switzerland international. (Bild – in German)

Chelsea have quickly ruled out an attempt to sign Bayern Munich’s Germany winger Serge Gnabry, 26, and will instead “go all out” to sign Barcelona and France forward Ousmane Dembele, 24, in the summer. (Sport – in Spanish)

The agent of Argentine striker Lautaro Martinez, who has been linked with Manchester United and Barcelona, says the 24-year-old is “happy” at Inter Milan. (FcInternews.it, via Football Italia)

Arsenal have put talks over 30-year-old France striker Alexandre Lacazette’s future on hold until the end of the season. (Standard)

Newcastle United failed in a move for Atalanta striker Duvan Zapata in January but remain interested in signing the 30-year-old Colombian. (Football Transfers)

Barcelona are considering making a move for midfielder Saul Niguez in the summer when the 27-year-old Spain international is expected to return to Atletico Madrid from his loan at Chelsea. (Sport – in Spanish)

Real Madrid have total faith in 30-year-old Spain right-back Dani Carvajal and do not plan to sign a new player in his position during the summer. (Marca)

Paris St-Germain’s 30-year-old Brazil forward Neymar has revealed he turned down the chance to sign for Real Madrid as a teenager. (Fenomenos podcast, via Goal)