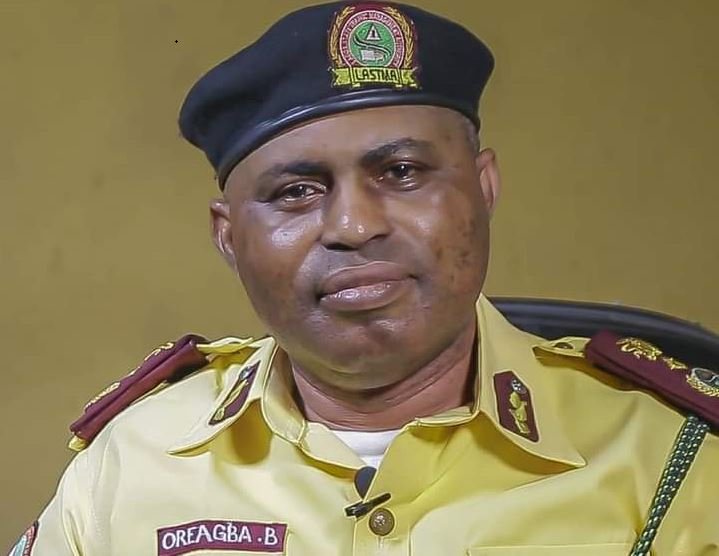 In a statement by Olumide Filade, assistant director, public affairs LASTMA, the DG noted that the perpetrators of such misdemeanors would be made to face the full wrath of the law by the State Government.

Oreagba said this in light of an attempted murder by a Zuzuki commercial mini bus driver (korope) with registration number KJA 953 YE, Ibrahim Yusuf on a dutiful LASTMA officer, Traffic Manager Awotola Victor, operating at the Ojodu-Berger-Ogba axis while he attempted along with the patrol team to apprehend Yusuf who was causing obstruction around 3.30pm on Saturday, February 12, 2022.

The General Manager noted that assault on government officials while carrying out their lawful duties is becoming too rampant and government is ready to put a stop to this through diligent prosecution of such person(s) no matter how highly placed in the society.

According to reports received on the incident, Yusuf, the mini bus driver and offender, was noted to be causing willful obstruction at River Valley Estate and after refusing all entreaties to move away from the place, the vehicle was to be apprehended. At this juncture, the driver disappeared only to reappear unexpectedly with a big knife with which he cut Awotola’s head and neck, whilst he escaped afterwards with the aid of the street urchins around the area but his vehicle was apprehended and its custody taken by the agency.

On Sunday, one of the chairmen of the minibus association/union produced the attempted murderer at the Ojodu Police Station where he is currently cooling his heels in detention, awaiting arraignment in court.

While urging Lagos Road users to be law-abiding, Oreagba stated that, “any road user that violates the State Traffic Law as stated in the amended Lagos Transport Reform Laws of 2018 and in line with the state government first pillar of the T.H.E.M.E.S. agenda will have themselves to blame for committing assault on any government official.”

The Legal Director of LASTMA, Counsel Kehinde Akerele, while commenting, noted that the criminal would be charged with attempted murder as the state government will diligently prosecute the case to a logical conclusion so as to serve as deterrent to other motoring public with similar intentions.

The General Manager concluded that government expects voluntary compliance to the state traffic laws in order to make Lagos a 21st century economy for the benefit of all and sundry.