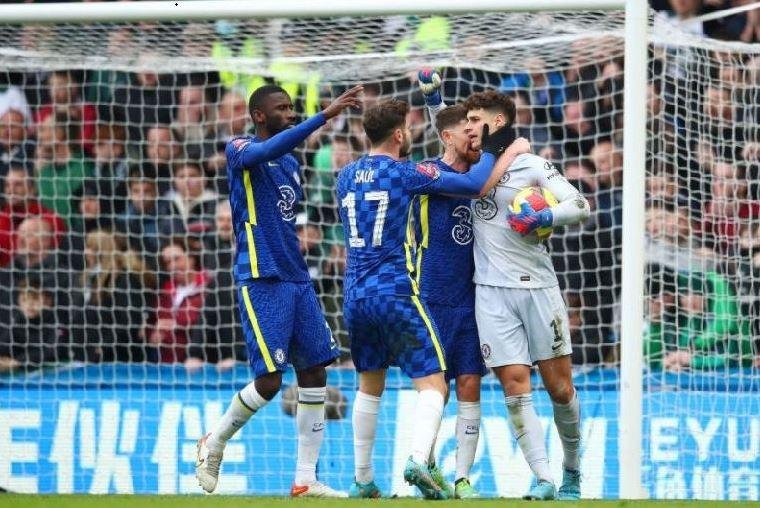 Plymouth’s Ryan Hardie missed a penalty late in extra time as Chelsea survived a huge scare to beat the League One side in the FA Cup fourth round.

After registering 41 shots and 20 corners, Chelsea were worthy victors but were pushed all the way by a resilient and hard-working Plymouth.

Chelsea manager Thomas Tuchel was missing from the dugout after testing positive for Covid-19 on Friday, with assistant Arno Michels taking charge of the hosts.

Many Plymouth fans had to leave for Stamford Bridge at 3am on Saturday morning, but the effects of the long trip to west London were soon replaced by feelings of unconfined joy thanks to Gillesphey’s shock opener.

Chelsea, who had made a bright start to proceedings, looked momentarily rattled but soon recovered their composure and twice went close to a swift response.

Mateo Kovacic was denied by the crossbar from Romelu Lukaku’s lay-off before Callum Hudson-Odoi hit almost the same spot on the frame of the goal with a close-range header.

Plymouth had the woodwork to thank again seven minutes before half-time as the unfortunate Kovacic struck the inside of a post, but the visitors’ luck deserted them moments later as Azpilicueta cleverly steered Mason Mount’s low delivery past Plymouth goalkeeper Michael Cooper.

It was one-way traffic in the second half too. Hakim Ziyech’s low cross was inches away from being prodded home by the stretching Lukaku, while Azpilicueta was denied a second goal by an offside flag.

Mount was also thwarted by a magnificent one-handed save from Cooper, who then did brilliantly to tip Kai Havertz’ close-range effort past the post.

Alonso’s calm finish appeared to have clinched Chelsea’s place in the hat for the fifth round, but there was still time for a late twist.

Malang Sarr gave the ball away cheaply before producing a panicked challenge on Hardie, who dusted himself down to take the penalty. His effort was poor, though, enabling Kepa to make an easy save low to his left.

Even so, Plymouth manager Steven Schumacher – overseeing only his 10th game as a manager – will be an incredibly proud man after seeing his side almost take the European champions to a shootout.

Argyle’s work ethic was perhaps best epitomised in the second half by Joe Edwards, who made a wonderful recovering run and block to deny Havertz.

The Chelsea squad are due to fly out to Abu Dhabi for the Club World Cup later on Saturday, with Tuchel expected to join them next week.