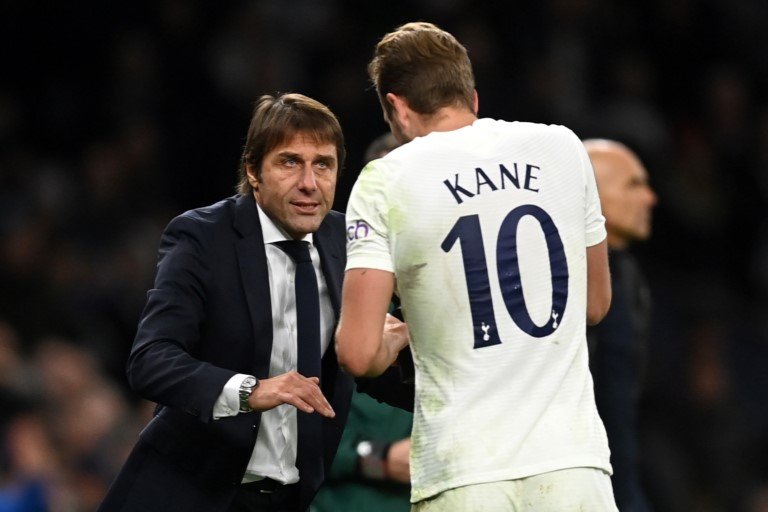 England captain Harry Kane is ‘more than happy’ with Tottenham boss Antonio Conte and, while Spurs want the 28-year-old striker to stay at the club, he has not made a decision about his future. (Fabrizio Romano, via Express)

Liverpool and Senegal forward Sadio Mane, 29, would be willing to leave the club this summer if Real Madrid or Barcelona come in for him. (Goal, in Spanish)

Roma are expected to make a new attempt to sign Arsenal and Switzerland midfielder Granit Xhaka, 29, this summer. (football.london)

A number of the Premier League’s top clubs, along with members of Europe’s elite, have watched Reims striker Hugo Ekitike. Newcastle United failed to sign the the 19-year-old Frenchman in January. (90 Min)

Paris St-Germain are interested in signing Italy striker Moise Kean in the summer. The 21-year-old is on loan at Juventus from Everton and the Serie A side have an obligation to make his move permanent for 28m euros (£23.6m), plus 3m euros (£2.5m) in add-ons. (Calciomercato, via Football Italia)

Newcastle United are preparing a summer move for Bournemouth’s English defender Lloyd Kelly, 23, regardless of whether they get relegated. (Football Insider)

Norwich City and Rangers are looking at Schalke’s 28-year-old Austrian goalkeeper Martin Fraisl, who will be out of contract in the summer. (Mail)

Real Madrid and Croatia midfielder Luka Modric, 36, has suggested he could continue playing until he is 40. (Marca)