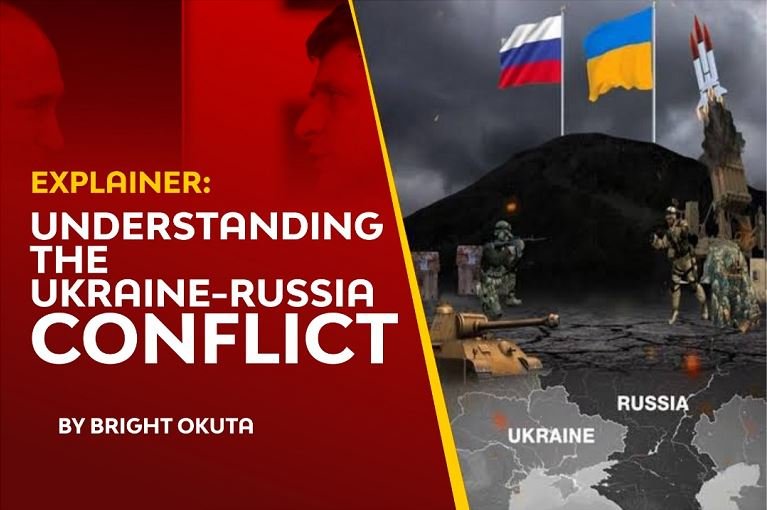 On Thursday, February 24, the world quivered for hours after Russian President, Vladimir Putin launched an attack in Ukraine. A myriad of questions littered the internet about his reasons for doing so; “why would an independent state invade another?” amongst others. Here is the explanation you need to know.

NATO (North Atlantic Treaty Organization) is a military alliance formed after World War II in 1949. It has 30 countries as members – 28 European countries and 2 North American countries. The major objective of NATO is to safeguard the Allies’ freedom and security by political and/or military means.

The relations between Ukraine and NATO started in 1992. Ukraine applied to begin a NATO Membership in 2008. However, this plan was halted after Viktor Yanukovych (a pro-Russian) who preferred a non-aligned Ukraine was elected president.

In February 2014, President Viktor Yanukovych was overthrown in a Revolution and in April 2014, Russia invaded Ukraine and annexed Crimea, a Ukraine Peninsula.

In April 2019, a former comedian and actor, Volodymyr Zelensky was elected President of Ukraine. And in June 2020, Ukraine was named a NATO Enhanced Opportunities Partner, therefore joining countries like Georgia, Finland, Australia, Jordan and Sweden with deeper cooperation on NATO-led missions and exercises.

In September of the same year, President Zelensky approved Ukraine’s new National Security Strategy, which provides for the development of a distinctive partnership with NATO with the sole aim of gaining membership.

On December 17, 2021, Russia presents security demands to the West, stating that NATO ceases all military activity in Eastern Europe and Ukraine and that NATO never accepts Ukraine as its member. All threat by Putin was ignored.

However, on February 24, Putin ordered a military operation on Ukraine. Russian forces launched a wide-ranging assault sending tanks across the border and bombarding the country with airstrikes which left many dead.

Putin believes that if Ukraine joins NATO, NATO would be able to plant military bases right next to Russia. NATO will plant its military surrounding Russian borders and that is an easy way to attack Russia. US/NATO will have their military base in Ukraine borders if they become a member state. According to the Russian President, this is a threat to Russia and so therefore unacceptable. It’ll be dangerous to have an enemy plant an army base in your backyard.

Russia claims there was an agreement between NATO and the Soviet Union, during the administration of George H. W. Bush. The US secretary of state James A. Baker gave assurance to former Soviet leader Mikhail Gorbachev during a meeting on February 9, 1990, that NATO would not extend to the East; a promise that was again repeated by NATO’s secretary-general, Mr. Woerner in a speech on May 17 that same year in Brussels, Belgium. However, the NATO denied this.

WILL THERE BE A WORLD WAR III?

The wide reports about the possibility of World War III are dead on arrival. The US/NATO are being careful with any planned action. The US President Joe Biden, addressing the nation from the White House on Friday, February 25 said “Our forces are not going to Europe to fight in Ukraine but defend our NATO allies and reassure those allies in the east…”

Also, NATO cannot invoke Article 5 of the Treaty known as the “commitment clause” where its members agree that it will consider an armed attack against any member state, whether in Europe or North America, as an attack against all 30 members of the organization. This is because the Ukraine is not yet a member of NATO. However, there’ll be sanctions on Russia. But HOW?
Russia’s economy is isolated from the global rout; in fact, it has been self-isolating for the past six years. Russia’s economy shows few signs of panic even after the Covid-19 pandemic caused a global economic downturn.

IS THE INVASION OF UKRAINE BY PUTIN JUSTIFIED?

This is largely a debate. Whether there’s a reason for Putin’s invasion of Ukraine or not, is a matter of opinion. But to dig a little into history, the 1962 Cuban Crisis saw the US blockade Cuba and engage in a military standoff with the Soviet Union over implanting of missiles in Cuba.

So, is history repeating itself? I leave it for you to answer.

Bright Okuta is a graphic designer/consultant. He writes from Abuja and can be reached at @BrightOkuta on Twitter