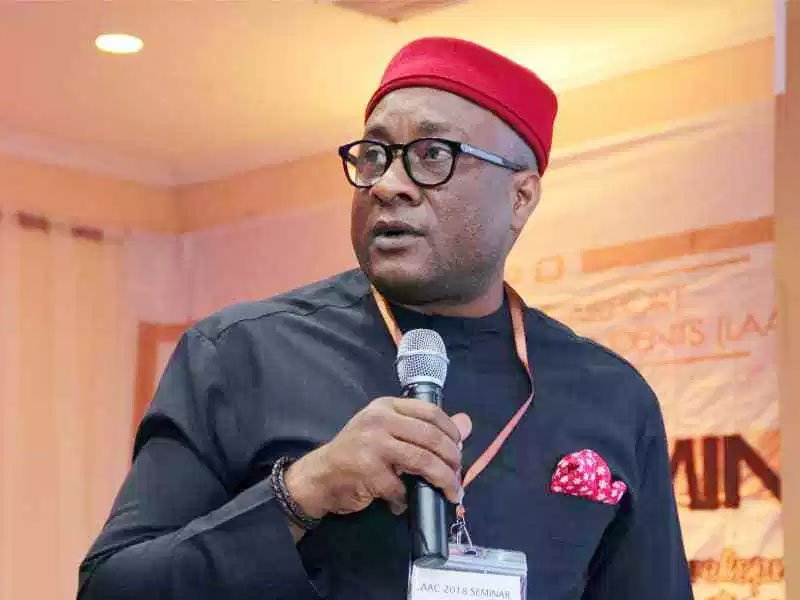 Isah Bayero, chief protocol officer of the Emir of Kano, has given Air Peace airline a 72-hour ultimatum to offer an apology for ‘disrespecting’ the Emir, Aminu Ado-Bayero, and causing a delay to his flight.

Mr Bayero, popularly known as Isa Pilot, said this on Saturday while speaking in Kano with some journalists.

He said the airline must also accept its mistake for not flying on schedule, which he said caused the delay and left the emir stranded in Lagos.

In a petition earlier sent to Nigerian Civil Aviation Authority (NCAA), Mr Bayero had said the airline delayed their Banjul to Lagos flight by over one hour and then refused to allow the entourage of the emir to board their connecting flight to Kano.

He said the entourage had arrived Lagos 30 minutes before departure time.

Mr Bayero in the petition said he called Air Peace chairman, Allen Onyema, to request that he delays the airline’s morning flight to Kano because of the Banjul incident.

“He flatly refused and avowed that he would not do that. I personally took this as an insult and a flagrant show of disrespect to His Highness and the Kano people at large,” Mr Bayero wrote of Mr Onyema in the petition.

On Saturday, Mr Bayero told reporters that he would continue to speak against the alleged ill-treatment the liner caused to the emir and himself as private customers, until Mr Onyema offers the apology.

Mr Bayero also refuted the airline’s statement that it offered the emir an alternative flight to Abuja for transiting to Kano, insisting the statement is not true.

“I personally requested the offer from Air Peace to allow the emir to join their flight to Abuja; from there we would be transiting to Kano but they said that also was fully booked,” Mr Bayero said.

“Since we left Banjul an hour behind schedule, the airline should know they have 10 passengers transiting to Kano and should know the right thing is to reschedule the flight because the delay we had was never our fault.

“I called ‘severally’, they refused to pick but later picked and told us it was not possible. Courtesy demands the management should make necessary arrangement for the VIP because I had called the airline while in Banjul to make provision for vehicle that would transit the emir from international wing to domestic.

“That they disrespected the emir was the reason why they refused to delay the flight. It is totally wrong and unacceptable because, if they truly respect the emir, they should understand the aircraft was not complete without 10 passengers, including the VIP.

“We booked our tickets on that aircraft and anybody that is familiar with international flight understands what is on-transit passengers and that passenger has priority more than any other passenger on board.

“For delaying us from Banjul, which caused our arriving late to Lagos, Air Peace has the moral duty to accommodate or take care of us. Unfortunately, there was no option or offer to ease our situation, only for us to be left stranded.

“It was pure falsehood for Air Peace to make that statement that they provided an alternative flight to Abuja for the emir. For that claim, I was the one that asked for Abuja flight and they said it was fully booked.

“The Abuja flight was fully booked and if their aircraft to Abuja is full already how do we get to Abuja? Now, let’s assume they had taken us to Abuja, how are we sure Kano flight was available from Abuja?

“I am giving an ultimatum of 72 hours for Air Peace to tender an apology to the emir, first in a national daily and secondly to come down in person to the emir. We would not hesitate to go extra miles to correct the ‘misnormal’.

“The action of Air Peace is sentimental and unprofessional and we can go any length to defend and protect any act of insensitivity against our prestigious traditional institution.

“That insult is not heaped on the emir alone but on the good people of Kano and folding our hands on this could trigger something worse and more ridiculous.

“I wrote to the DG NCAA, to complain but if someone claimed my statement is inciting, well, they are entitled to their opinion. But come to think of it, inciting who? Kano people not to fly Air Peace anymore because the airline insulted their emir and refused to apologise? That I have no regret if anybody claimed or interprets my complaint that way.

“After all, Air Peace has been in business before coming to Kano and Kano people have been flying across the world without Air Peace. So if that is what he wanted, so be it, we will get there.

“I am a professional pilot. I have flown five heads of state besides being a prince of Kano, and I am a personal friend to the Chairman of Air Peace, Mr Onyema,” Mr Bayero said.

Abramovich hands over ‘stewardship and care’ of Chelsea