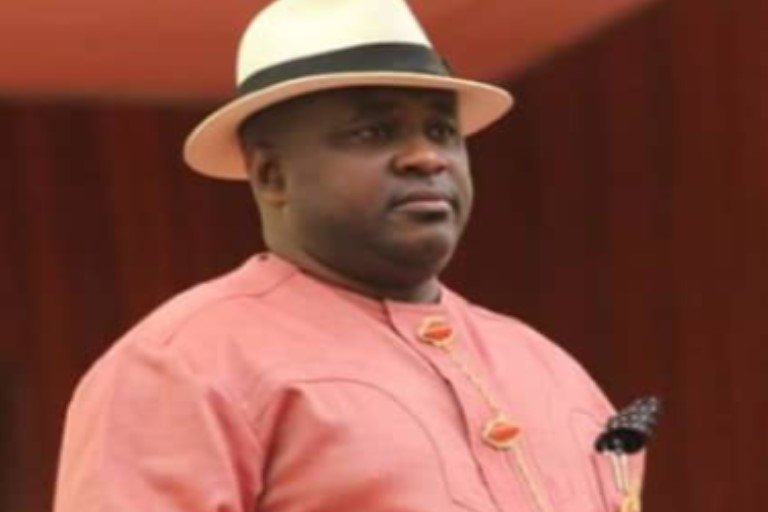 The money laundering trial of Senator Obong Albert Bassey before Justice Agatha A. Okeke of the Federal High Court, Uyo, Akwa Ibom State continued today February 7, 2022 with the cross examination of defence witnesses by the prosecution.

The Economic and Financial Crimes Commission, EFCC, had at the last sitting closed its case, while the defendant was ordered to open his defence.

The witnesses, under cross examination, claimed they were members of the defendant’s campaign team and that they each received buses for campaign purposes.

However, they were unable to disclose the particulars of the vehicles and also did not state whether they personally took possession of the vehicles.

Asked whether they knew the nature of the transaction between the defendant and one Jide Omokore, the witnesses said ‘no’. They also said they were not privy to the procurement of the vehicles.

Justice Okeke adjourned the case till 10th and 15th February, 2022 for continuation of defence.

The Economic and Financial Crimes Commission EFCC, is prosecuting Senator Albert Bassey on six counts of Money Laundering, arising from the allegation that he took possession of six vehicles worth N204 Million, at the instance of one Olajide Omokore, whose companies had contracts with the State Government, at the time.

Investigations revealed that the said vehicles were proceeds of crime and that he committed the offence while he served as Commissioner for Finance, Akwa Ibom State and Chairman of Akwa Ibom State Inter-Ministerial Direct Labour Coordinating Committee, in December 2012.