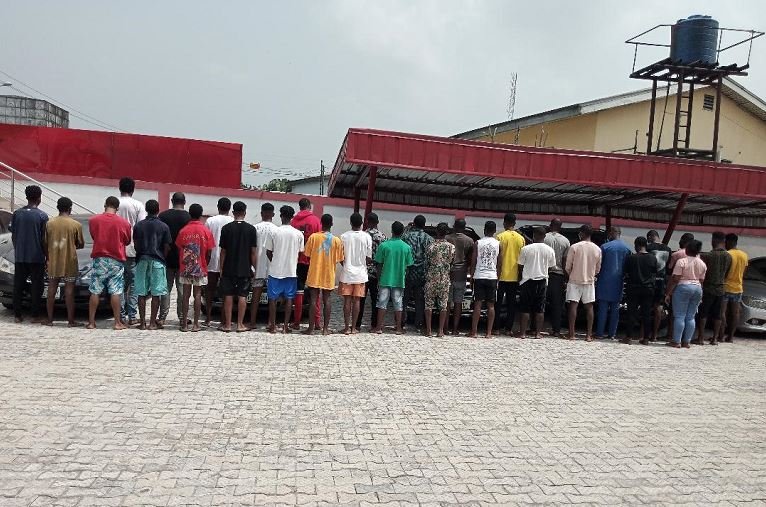 They were arrested on Wednesday, February 9, 2022, in a sting operation.

Items recovered from them at the point of arrest include: thirteen (13) exotic cars, 59 phones of different brands; ten laptops, one Hisense television and speakers; one iPad and 3 PlayStation.

They will be charged to court as soon as investigation is concluded.