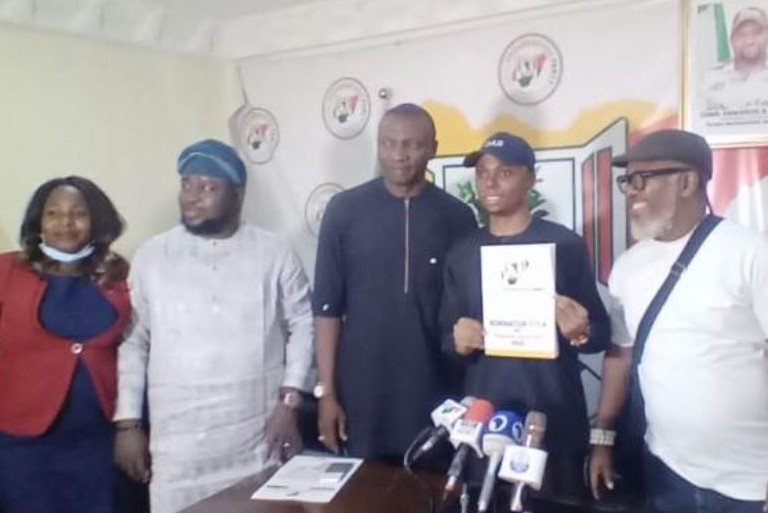 Ademola Bayonle, a 35-year old medical doctor, has joined the race for the July 16 Osun governorship election, under the platform of Young Progressives Party (YPP).

Bayonle said this when he spoke with newsmen shortly after receiving his nomination form at the YPP’s National Secretariat in Abuja on Saturday.

He said that youths were in a better position to change the narrative of Nigerian politics through active participation.

“Osun election is giving the youth an opportunity to set the pace for Ekiti election, ahead of the 2023 general elections.

“We need to take the bull by the horn to ensure that the older generation leaves behind a good structure, because if we allow them to continue to make decisions for us, thirty years from now when they are gone, we will be the ones to suffer the consequences.

“So now is the time to join and make an impact for the future we want for ourselves and for the next generation,” he said.

Bayonle urged youths to join the YPP, because it was the party for them.

“A mistake often made by youths is believing that taking part in politics involves money to pick tickets to run for offices.

“Participation goes beyond running for offices, participation means joining rallies, campaigns, engaging in dialogues and others. There are so many false perception about joining politics or participating in politics.

“Politics goes beyond money, some people started the “Not-Too-Young-To-Run” campaign and that is participation.

“Some people start conversations on social media and people listen to the and learn they learn one or two things and that is also participation.

“So, I encourage youths to join vibrant political parties like the YPP and to be in positions where even if you are not contesting and picking a form as I am doing today, but you are engaging with other youths on politics,” he said.

Bayonle added, “For those who want to run for any office they should come and out and then people can support them even financially.

“And even if they do not support them financially, they will support in other capacity which is also participation.”

He urged the Osun electorate to give other political parties other than the All Progressives Congress (APC) and Peoples Democratic Party (PDP) the opportunity to present fresh ideas and innovation through their candidates.

Bayonle said that the YPP would set a new standard in governance in the state, promising to unlock the potential of the state if elected as governor in July.

“From our analysis, we have come to understand that we have not really given the electorate choices when it came to election in the country and in Osun.

“The people think that the two big parties are what they needed which is not true.

“But YPP has been on the ground for over a year now and the people are extremely happy to have us and we want to give them a better alternative,” he said.