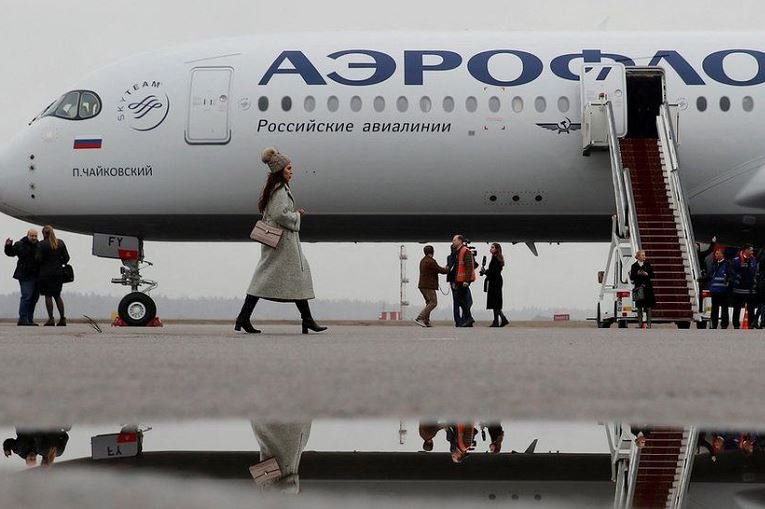 Several European nations have closed their airspace to Russian flights, as Moscow faces rising pressure over the invasion of Ukraine.

Estonia, Latvia, Slovenia and Romania said on Saturday they were banning some flights from Russia.

Russia earlier said it would close its airspace to flights from Bulgaria, Poland and the Czech Republic after they issued a ban on Russian jets.

Estonian Prime Minister Kaja Kallas urged other European Union countries to issue similar restrictions on Twitter, adding: “There is no place for planes of the aggressor state in democratic skies.”

And Latvian Transport Minister Talis Linkaits also said on Twitter that “Latvia will close its airspace to Russian-registered airlines for commercial flights,” adding that the decision would be formally approved at the next cabinet meeting.

The restriction on Russian flights over large swathes of eastern Europe will require Russian airlines to take circuitous routes.

One Aeroflot flight from Moscow to Budapest on Saturday logged a flight time about 75 minutes longer than usual, according to the Flightradar24 tracking website, with a route avoiding Poland.

In the United States, Delta Air Lines said it would suspend a code-sharing agreement with Russia’s Aeroflot.

The UK’s ban on Russian flights, including Aeroflot planes and private jets, led Moscow to retaliate with a similar curb on British planes.

Virgin Atlantic said avoiding Russia would add between 15 minutes and an hour to its flights between the UK and India and Pakistan.

Abramovich hands over ‘stewardship and care’ of Chelsea