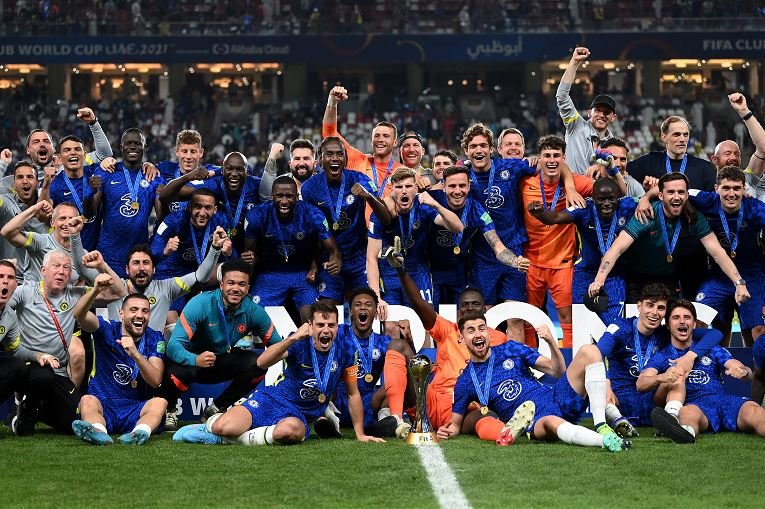 Chelsea lifted the Club World Cup for the first time after an extra-time win against Brazilian side Palmeiras.

A 117th-minute penalty in Abu Dhabi by Kai Havertz – who also scored their 2021 Champions League winner – means the Blues have now won every possible trophy under owner Roman Abramovich.

Romelu Lukaku opened the scoring with a header in the second half before Raphael Veiga levelled from the spot.

Palmeiras defender Luan was sent off in added time as the Blues sealed victory.

Much like in their semi-final win against Al-Hilal, Chelsea dominated possession but struggled to create chances for much of the final in the United Arab Emirates.

Their cutting edge looked unlikely to improve when Mason Mount was forced off through injury, just as he was in their FA Cup tie with Plymouth, while Lukaku continued to cut an isolated figure up front.

Palmeiras were content to make the most of their threat on the counter-attack, with the pace of Rony and Dudu stretching the Blues defence, but clear-cut chances were hard to come by.

Then nine minutes after the break, Lukaku made the breakthrough when Callum Hudson-Odoi sent in a pinpoint cross for the first time and the Belgium striker powered a header past Weverton.

Christian Pulisic, Mount’s replacement, went close with a shot from distance after a smart lay-off from Lukaku as the English side looked to cement their control.

But just past the hour mark, Palmeiras equalised when Thiago Silva was adjudged to have handled in the area and, after a check on the pitch-side monitor, Veiga converted emphatically from 12 yards to send the game into extra time.

With a penalty shoot-out looming, Chelsea secured the trophy with a spot-kick of their own. Luan’s handball was also checked on the monitor before Germany playmaker Havertz fired home.

Luan was then dismissed for a foul on the match winner in the final minute, after the referee was told to consult with his monitor for a third time.

Youths, money rituals and the collapse of a generation