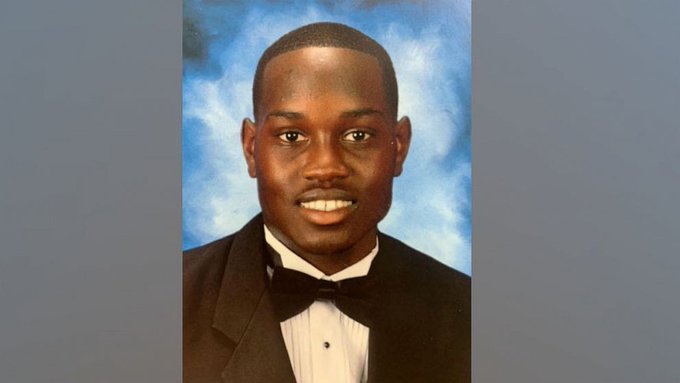 The gunman convicted of murdering Ahmaud Arbery, a Black man in Georgia, repeatedly used racist language in text messages with friends, and also shared a music video of a white supremacist singer, jurors at his federal hate crimes trial heard on Wednesday.

Travis McMichael, who along with his father and neighbor are on trial, left a racist digital footprint stretching back to at least 2013 and, in the case of the neighbor, continued even after the murder of Arbery, 25, in 2020, FBI agent Amy Vaughn, tasked with processing the digital evidence in the case, told jurors.

Arbery’s killing was one of several murders of Black men and women, often at the hands of police, that helped spark recent racial justice protests. The federal trial of Arbery’s killers is the first in which those who carried out a high-profile killing are facing a jury in a hate-crime trial.

Jurors also saw Facebook posts that Travis McMichael made lauding vigilantism, including one in which he said that he keeps his shotgun, which he used to murder Arbery, loaded with what he thought was a more powerful “high-brass” shell, that he wrote would “rip somebody to shreds.”

Vaughn said that racist messages from McMichael, his father Greg McMichael and their neighbor William “Roddie” Bryan were extracted from their cellphones and Facebook profiles. Numerous messages were shown and read aloud to jurors.

Travis McMichael, 36, Gregory McMichael, 66, and Bryan, 52, were convicted by a state court last year for chasing Arbery through the streets of their mostly white neighborhood and shooting him dead. Prosecutors in the new federal trial say Arbery was targeted because he was Black.

Defense attorneys for the three men said their clients were not motivated by Arbery’s race, but rather by security fears after a series of break-ins in the neighborhood. Prosecutors contend racial animus was at the heart of the three men’s actions when they pursued him while he was on a Sunday afternoon jog.

In one text message Travis McMichael sent to a friend, he discusses how happy he was to leave the Coast Guard and to be working as a government contractor, by saying: “Love it, zero niggers work with me.”

In another instance, McMichael sent a video via Facebook message to a friend. Attached to the message was a song titled “Alabama Nigger” by Johnny Rebel, a recording artist whose work explicitly supported white supremacy. The song played over a video of a Black child dancing.

During the state trial last year, prosecutors did not focus on racial animus as a motivating factor in the crime. They only sought to prove the men were responsible for Arbery’s death, regardless of motive.