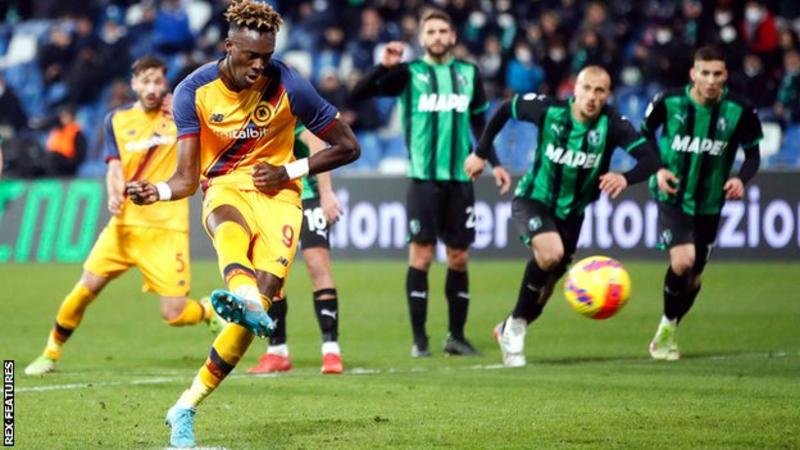 Tammy Abraham scored his 17th goal of the season but Roma were held at 10-man Sassuolo and lost further ground in the race for European qualification.

England international Abraham scored the opener from the penalty spot but Chris Smalling’s own goal and Hamed Traore’s strike put the hosts in front.

Mourinho said: “It isn’t the result we wanted, but if nothing else we haven’t lost in the last four in Serie A. We have got eight points.

“If you had asked me at the start, I would not have wanted a draw, but in the 90th minute, definitely.”

Elsewhere in Serie A, Danilo scored an added-time equaliser to rescue a 1-1 draw for Juventus at Atalanta and earn a point that could prove crucial to their top-four hopes.

The Brazil right-back headed in from a corner in the 92nd minute, cancelling out a long-range strike from Ruslan Malinovskyi that had put Atalanta on the verge of reclaiming fourth place.

Juve remain fourth on 46 points, two ahead of Atalanta, but Gian Piero Gasperini’s side have a game in hand.