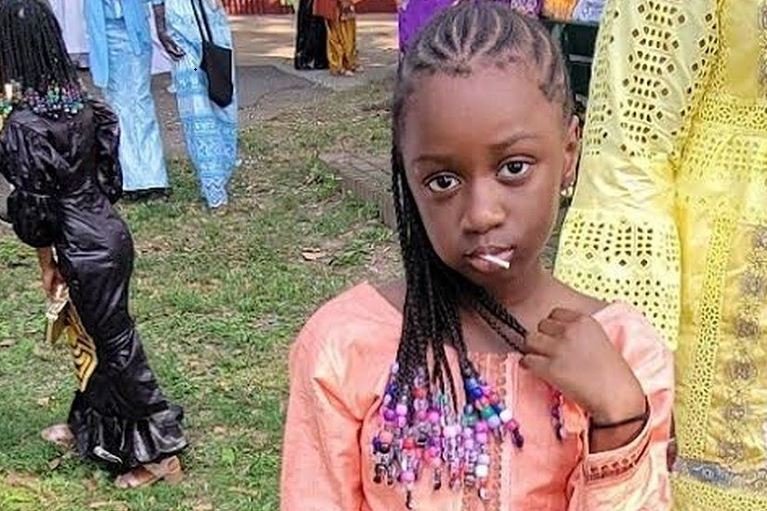 US prosecutors have charged three policemen with an eight-year-old girl’s death, dropping a murder case against two teenagers who were initially held.

The officers opened fire on a vehicle outside a high school football game near Philadelphia on 27 August 2021 after hearing gunshots a block away.

The police thought armed suspects were in the car, but it was Fanta Bility.

Prosecutors had argued the tragedy was caused by two teens who fired at each other nearby moments beforehand.

Prosecutors said the pair – aged 16 and 18 – had “initiated the deadly events” and therefore bore responsibility for Fanta’s death.

Those charges have now been withdrawn.

According to the Philadelphia Inquirer, the officers had been monitoring the crowd when they heard the gunfire about 140ft (42m) away and turned to see a car heading towards them.

The policemen fired 25 bullets, striking four people including Fanta and her 12-year old sister. The girl died in her mother’s arms.

“We are now sure beyond a reasonable doubt that the officers not only shot but killed Fanta Bility, but they also wounded three other young people,” Delaware County District Attorney Jack Stollsteimer told CBS News.

“They returned fire at the wrong target, in the wrong direction, and into a group of people. That is what they are being held accountable for,” he continued.

Mr Stollsteimer said his office had been aware since September that the fatal bullets were fired by officers.

An attorney for the Bility family said that she “was a bright, bright, shining light, the kind of person that made people happy just by looking at her. And to have her gone is just a terrible, terrible tragedy”.

Lawyers for all three officers released a joint statement maintaining their innocence and saying that they “remain heartbroken for all who have suffered because of this senseless violence”.

“This is a terrible tragedy that was caused by armed and violent criminals who turned a high school football game into a crime scene in which an innocent child lost her life and others were seriously injured,” the statement added.

We will defeat evil forces contesting soul of Nigeria – Osinbajo