Principled political choices are not betrayal by Babafemi Ojudu
Advertisement 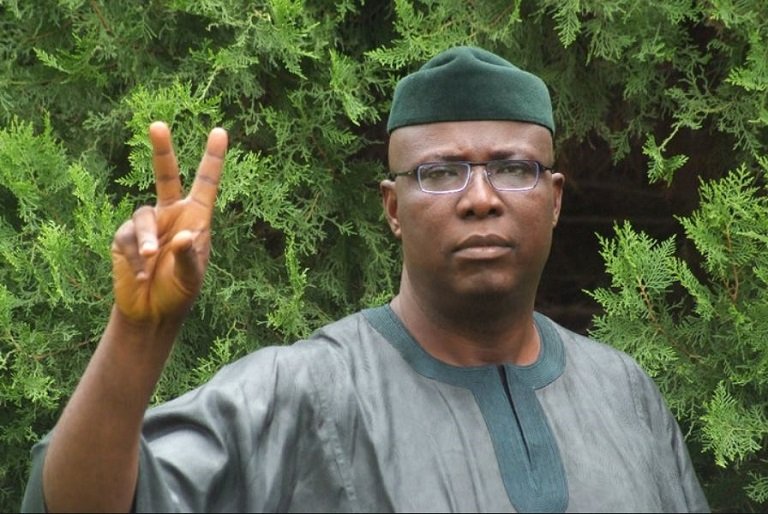 I have seen a statement made by me, many years ago, to celebrate the 60th birthday anniversary of Senator Bola Ahmed Tinubu making the rounds. Yes, I did make that statement. And more of such will come in my autobiography. We, together, have seen good days and bad days.

I and Bola Tinubu have come a long way and we have been there for each other. So let no one use my acknowledgment of his good deeds and my refusal not to support him in his bid for Nigeria presidency to portray me as a betrayer.

Tinubu remains my leader and I will forever cherish him and the contributions he made to my organisation during our fight against the military.

He however knows I don’t follow the herd. I make my choices based on very rigid parameters. He will tell you I am very independent in my actions and ways.

As a third year university student my dad chose to be in National Party of Nigeria (NPN). I never considered the fact that he fed me and paid my school fees to join him in a party I despised. I went to Unity Party of Nigeria (UPN) and became a youth leader.

Tinubu will tell you that whatever and whoever Ojudu is committed to is in for 100 per cent commitment. Reasons I’d rather, faced torture and possible death in General Sani Abacha’s detention than reveal certain things they wanted me to reveal about him.

The idea that everyone who has related with Tinubu and disagrees with him on this presidential bid is a traitor and a betrayal is puerile. Many of us, his associates, were not made by him as you also want the world to believe.

We were already made before meeting him and in the cause of relating we gave one another a helping hand. As far back as 1992, when I came to know him I was already one of the editors of a popular news magazine with a good standing too in the civil society. I walked out of my job when our billionaire publisher (Chief MKO Abiola) requested I and my colleagues to apologize to General Ibrahim Babangida over a story critical of the regime. That was 1992.

When I left that job, Chief Gani Fawehinmi, a man whom I was indebted to greatly (gave me a scholarship in my school days alongside King Sunny Ade) invested in my publishing platform (The News, publisher of PM News). The same one that was consequential in the battle to bring democracy back to Nigeria.

At the conclusion of that struggle, Chief Fawehinmi insisted we seat out politics. Senator Bola Ahmed Tinubu disagreed with this notion, and I did as well. Against an obvious choice to blind loyalty, I went along with Senator Tinubu even serving severally in critical roles as he assumed the Governorship position. My actions angered Chief Gani so much he asked that I repay his investments. Guess what? I gladly did.

So, on this matter of 2023 I wish him well but I cannot in good conscience give him my support or cast my vote for him in the coming primary. It is my right. I am above 60 years of age for God sake. I almost died seeking this inalienable democratic rights, held up in detention and severally tortured. Your god is not my god.

Let no one think he can browbeat or blackmail me to do what does not go with my conscience or my ideals. Enough of your phone threats and embarrassment of my family members.

I know Tinubu. I respect and adore him. Many of his latter day supporters do not even know him. If they do, they won’t resort to emotional and physical blackmail. When Tinubu decided to go against Afenifere and the Yoruba elders in 2003 by not supporting President Olusegun Obasanjo, he wasn’t betraying the Yoruba nation or a traitor to Afenifere. He made a choice and history has been his judge. Let history be my own judge too. When he supported Chief Olu Falae against Chief Bola Ige, our respected leader, who for to emerge candidate of Alliance for Democracy in Lagos, no one shouted betrayal.

For the irritants who have been sending threat messages or calling to abuse me for not supporting Tinubu, do know that is not democracy. It is something else. I spent my youth years fighting autocracy and intolerance of the military and I am still willing and ready, even now, to stand up for what I believe , even if it will cost me my death. Enough said.