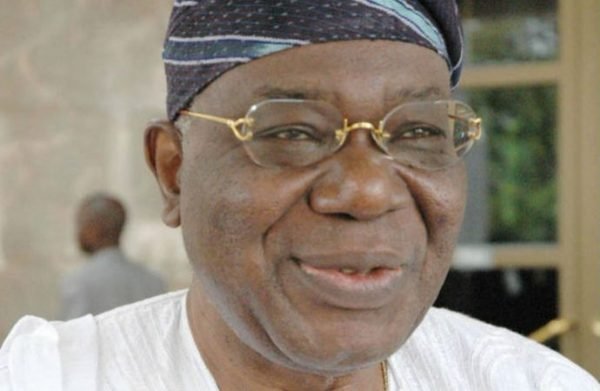 Chief Ernest Shonekan, a Nigerian lawyer and statesman who served as the interim Head of State of Nigeria from 26 August 1993 to 17 November 1993 has died.

Shonekan died in Lagos at the age of 85.

Prior to his political career, Shonekan was the chairman and chief executive of the United African Company of Nigeria (successor of The Niger Company), a vast Nigerian conglomerate, which at the time was the largest African-controlled company in sub-Saharan Africa.

Born 9 May 1936 in Lagos, he was the son of an Abeokuta-born civil servant and one of six children born into the family.

He was educated at CMS Grammar School and Igbobi College. He received a law degree from the University of London, and was called to the bar.

Shonekan was appointed interim head of the country after ex-Military President Ibrahim Babangida stepped down on August 26, 1993.

Babangida had refused to hand over power to MKO Abiola, acclaimed winner of the June 12, 1993 election, but relinquished power after intense pressure.

His administration only lasted three months as Sani Abacha forcefully took power through a coup.