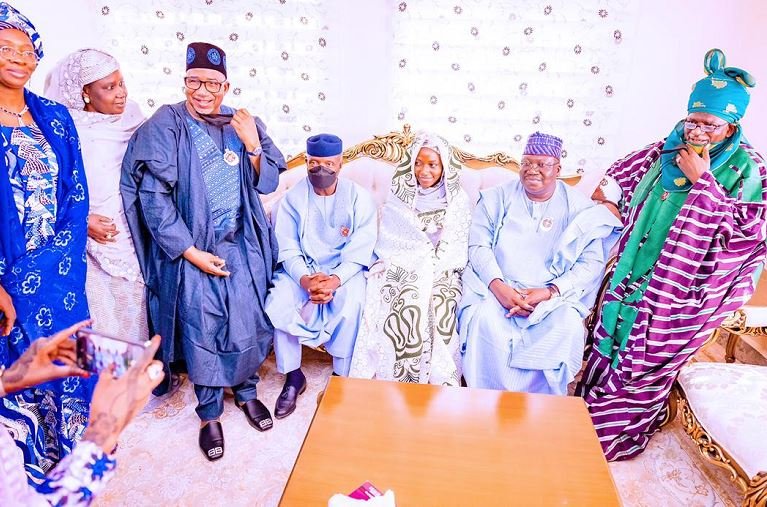 Vice President Yemi Osinbajo, Asiwaju Bola Tinubu and Senate President Ahmad Lawan were some of the heavyweight politicians that graced the wedding ceremony of Fatima Adamu, the daughter of the Minister of Education, Adamu Adamu on Saturday in Azare, Bauchi state.

Osinbajo and Tinubu were pictured having a chat at the wedding, dousing rumours of a rift between both men.

Vice President Yemi Osinbajo, Senate President Ahmad Lawan and others graced the wedding ceremony of Fatimah Adamau, the daughter of the Minister of Education, Adamu Adamu

The bride, Fatimah Adamu in a group photograph with dignitaries at her wedding ceremony