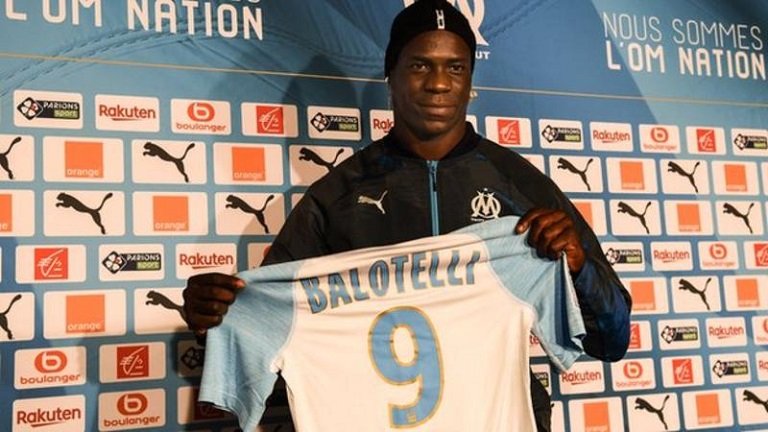 Roma boss Jose Mourinho, 58, says he is committed to the club and has distanced himself from the Everton job after emerging as a candidate to replace Rafael Benitez. (Sky Sports)

Newcastle are considering signing Adana Demirspor and Italy forward Mario Balotelli, 31, according to the Turkish club’s president Murat Sancak. (Inside Futbol via Star)

Paris St-Germain are in talks with France midfielder Paul Pogba, 28, and Ivory Coast international midfielder Franck Kessie, 25, from Manchester United and AC Milan respectively. The moves are also aimed at convincing France striker Kylian Mbappe, 23, to stay at the club amid interest from Real Madrid. (ESPN)

Juventus have held talks with France and Manchester United striker Anthony Martial but the Serie A giants are yet to contact the Old Trafford club over a move for the 26-year-old. (Goal)

Arsenal have received a boost in their hopes of signing Brazil and Juventus midfielder Arthur Melo, 25, with the Italian club in negotiations to sign Lyon‘s 24-year-old Brazilian midfielder Bruno Guimaraes as a replacement. (Get French Football via Sun)

However, Arsenal have been dealt a blow in their pursuit of Fiorentina forward Dusan Vlahovic, 21, with the Serbia international claiming he only wants to join Juventus. (Mail)

Tottenham are still trying to sign Spain winger Adama Traore in January despite Wolves manager Bruno Lage pushing to keep the 25-year-old until the end of the season. (Fabrizio Romano)

Brentford could face competition from Leicester and Newcastle in their bid to sign Denmark midfielder Christian Eriksen, 29. (Times – subscription required)

Croatia forward Ivan Perisic will not leave Inter Milan in January despite links to Chelsea. The 32-year-old’s deal expires in June but the Serie A club are working to extend his contract. (Fabrizio Romano)

Inter are monitoring 28-year-old Paulo Dybala’s situation at Juventus with the Argentina forward’s contract set to expire in the summer. (Gazzetto dello Sport via Mail)

Barcelona and Bayern Munich are leading the race to sign Chelsea centre-back Andreas Christensen, with the 25-year-old Denmark defender rejecting offers from English clubs out of respect to the Blues. (Fabrizio Romano)

Christian Benteke, 31, has no intention of leaving Crystal Palace this January, despite Burnley seeing the Belgium striker as a potential replacement for Chris Wood. (Evening Standard)

Liverpool are eyeing up a £5m move for Fulham‘s former England Under-18 winger Fabio Carvalho, with West Ham, Leeds and Porto also interested in the 19-year-old, who is out of contract this summer. (Sun)

Arsenal, Tottenham and Leeds are interested in Middlesbrough‘s English full-back Djed Spence, 21, who is currently on loan at Nottingham Forest. (Sky Sports)

Fenerbahce and Hungary centre-back Attila Szalai has attracted interest from West Ham and Newcastle, with AC Milan also targeting the 23-year-old, who is valued at £16.7m. (Sky Sports)

United States full-back Sergino Dest’s agent has said the 21-year-old is happy at Barcelona amid rumours linking him with Chelsea and Bayern Munich. (Mundo Deportivo – in Spanish)