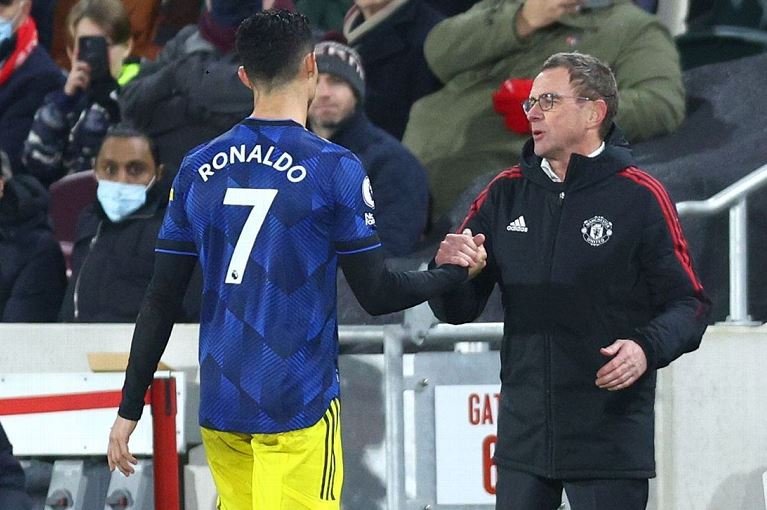 Bayern Munich could decide to sell Poland striker Robert Lewandowski in the summer if he does not sign a contract renewal, with the 33-year-old’s current deal ending in June 2023. (Bild, via Marca)

Cristiano Ronaldo’s representatives have told Manchester United that the 36-year-old Portugal forward will look to leave Old Trafford in the summer if the club fail to qualify for next season’s Champions League. (Sun)

Atletico Madrid will not allow 34-year-old Uruguay striker Luis Suarez, who has been linked with Aston Villa, to leave in January. (Goal)

Barcelona are in advanced talks with Chelsea defender Andreas Christensen, 25, with the Dane’s contract set to expire at the end of the season. (Sport – in Spanish)

An unnamed Premier League team have matched Newcastle United’s offer for 28-year-old Sevilla defender Diego Carlos, with the Magpies believed to have tabled a £30m bid for the Brazilian. (Sky Sports)

Manchester United will let attacking midfielder Jesse Lingard leave in January if a club pay a £3.5m loan fee for the 29-year-old, whose contract at Old Trafford runs out in the summer. (Talksport)

Arsenal have stepped up their pursuit of Juventus midfielder Arthur Melo, with the Gunners hoping to sign the 25-year-old Brazilian on loan for the rest of the season. (Goal)

Arsenal are also prepared to make Fiorentina forward Dusan Vlahovic, 21, one of the highest-paid players in the world, but the Serbia international remains unsure over a move to the Gunners. (La Nazione via 90Min)

Paris St-Germain are confident that former Real Madrid boss Zinedine Zidane, 49, will be in charge at the Parc des Princes in time for next season. (Marca)

Burnley are monitoring developments with 33-year-old English defender Chris Basham, whose contract at Sheffield United runs out in the summer. (Mail)

Charlton, Ipswich Town, Oxford United and Sunderland are all interested in 39-year-old English striker Jermain Defoe, who is available on a free transfer after leaving Rangers. (Sky Sports)

Juventus have grown frustrated with Wales midfielder Aaron Ramsey after the 31-year-old turned down offers to leave the Italians from clubs in England and Spain. (Calciomercato, via Mail)

AC Milan are interested in signing 22-year-old Tottenham defender Japhet Tanganga on loan, but the Premier League side would prefer to sell the Englishman. (Sun)

Former France and Arsenal striker Thierry Henry is in the running to be the next Bordeaux manager after stepping down as Montreal Impact boss in February. (RMC Sport – in French)

Stoke are set to sign Aston Villa‘s 19-year-old English winger Jaden Philogene-Bidace on loan until the end of the season. (Athletic – subscription required)