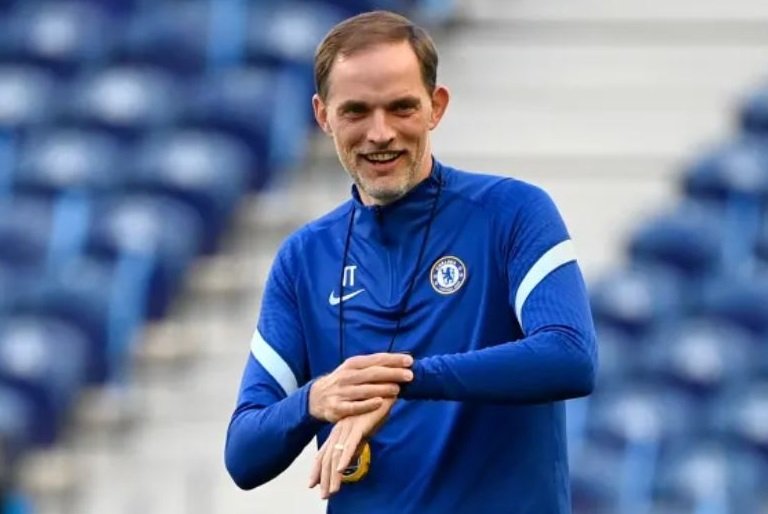 Chelsea manager Thomas Tuchel says Manchester City are the “benchmark” and best team in England right now ahead of their Premier League meeting on Saturday.

Tuchel added the way top-flight leaders City have dealt with injuries and Covid-19 this season is the difference between the two sides.

Chelsea go into the game at Etihad Stadium 10 points behind their rivals. “Maybe it’s luck, maybe they do it better, but they have less injuries from key players,” said Tuchel.

“[They have] less players out and less weeks where they miss them.

“And they did not suffer from Covid as we did over many weeks so this is a huge difference.

“We had some draws in the season that were unnecessary, and if you have the full squad, you create a certain atmosphere that pushes everybody to the edge.

“And you need to be on your edge and at the very highest level if you want to compete with Manchester City.

“They are the benchmark, they are the best team in England right now. This is something we have to admit realistically.”

City manager Pep Guardiola was one of 21 people, including seven senior players, isolating at the club before their FA Cup win at Swindon Town on 7 January.

Some of those have returned but there have also been some fresh cases at the top-flight champions.

“We have some new cases but they want privacy, so I cannot tell you,” said Guardiola.

“We had a lot of cases and a lot of injuries. We played Aston Villa with 11 first-team players and in the last six or seven games there were four or five academy players on the bench.

“We are in the same situation as all other clubs. Maybe injuries are bit less because our medical department have been exceptional but, in terms of Covid, we have had a lot, like all clubs.”

Chelsea had a request to postpone a match against Wolves in December rejected after a Covid-19 outbreak at the club and the game finished goalless.

Since then, draws against Brighton and Liverpool have also seen the Stamford Bridge outfit lose ground to City – who have won 11 consecutive Premier League matches – in the title race.

Chelsea will be without Andreas Christensen against City on Saturday after the defender tested positive for Covid-19.

Asked if his side’s hopes of winning the Premier League crown would be over if his side lost to City, Tuchel said: “Maybe, who knows.

“We don’t think a lot in scenarios what happens if – let’s play the game.

“I’m always in for a good fight, but I’m also always very realistic.”

Chelsea edged City 1-0 in the Champions League final last season, but were beaten by the same margin when they met Guardiola’s men in the league at Stamford Bridge last September.

“If you look back to our last games, when we have our squad and are in good shape, we are always up for a good fight with Manchester City and are always there to push them to the limit and to ask some questions that they don’t like, maybe, to answer,” Tuchel added.

“But the situation at the moment is that they are very strong, very consistent and they perform on the absolute highest level.”