Sevilla back for Martial, Madrid to complete Mbappe signing
Advertisement 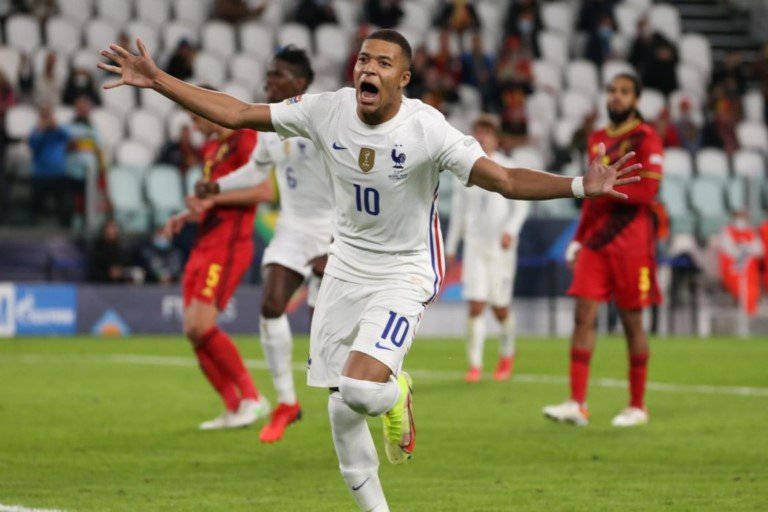 Real Madrid are very close to signing France forward Kylian Mbappe, 23, from Paris St-Germain, and he will join on a free transfer when his contract expires. (ESPN)

Paris St-Germain are in talks to sign Tottenham and France midfielder Tanguy Ndombele, 25, on loan. He was Spurs‘ record signing when he joined in 2019 in a £53m deal. (Goal)

Sevilla still want to sign Manchester United and France forward Anthony Martial, 26, on loan despite having a bid rejected, but could move for another French striker – Lyon’s Moussa Dembele, 25 – as an alternative. (Marca)

Manchester United will let England winger Jesse Lingard, 29, leave permanently this month, with Newcastle interested in signing him. However, the Red Devils will not let Lingard join West Ham or Tottenham as they do not want to strengthen a top-four rival. (Sky Sports)

Newcastle United have made a bid of £14.5m for Bayer Leverkusen and Netherlands left-back Mitchel Bakker, 21. (Mail)

France midfielder Paul Pogba has not told Manchester United if he wants to stay at the club beyond this season, when his contract expires. The 28-year-old is wanted by Paris St-Germain, Real Madrid and Juventus. (90 min)

Two teams, including one in Germany, are interested in signing France forward Ousmane Dembele on loan after the 24-year-old, who joined Barcelona in a £135m move in 2017, was told to leave as he is refusing to sign a new contract. (Sport)

Italian World Cup-winning defender Fabio Cannavaro, 48, has been interviewed by Everton over their vacant manager’s role. Cannavaro was in charge of Chinese side Guangzhou Evergrande until September. (Telegraph, subscription required)

Southampton want to sign Albania striker Armando Broja on a permanent deal from Chelsea after the 20-year-old has impressed during his season-long loan spell with the Saints. (Independent)

Tottenham have joined the list of clubs interested in signing Hull City’s English winger Keane Lewis-Potter, 20. The Tigers rejected an £8m bid from Brentford in August and Southampton, Leicester and West Ham are also interested in him. (Times, subscription required)

Liverpool and West Ham are interested in signing 19-year-old Fulham winger Fabio Carvalho, who was born in Portugal but has represented England at under-18 level. (Express)