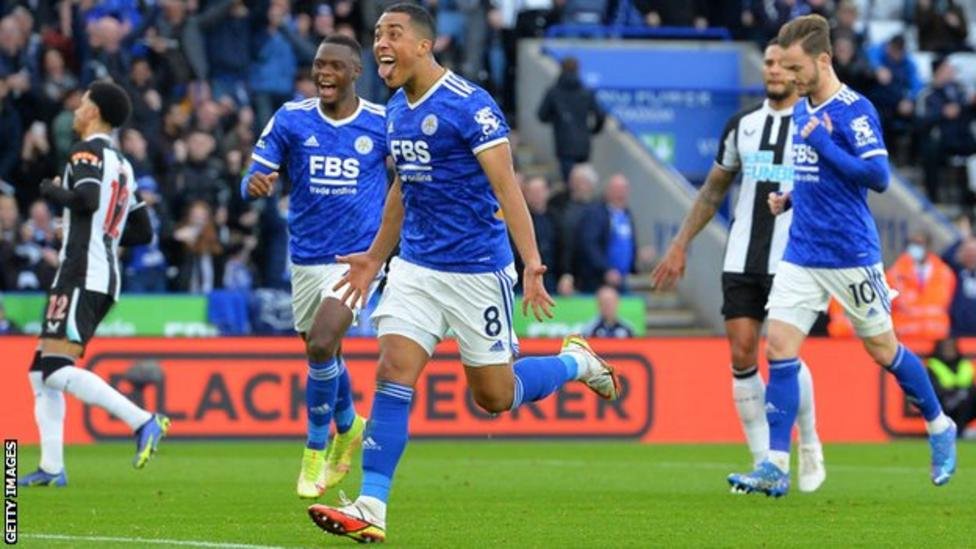 Barcelona’s Uruguayan centre-back Ronald Araujo is interesting Manchester United, Liverpool and Chelsea with the 22-year-old stalling on a new deal with the La Liga side. (Marca)

Leicester City are planning for the departure of Belgium midfielder Youri Tielemans, 24. (Mirror)

Arsenal are keen on signing Tielemans, who has 18 months left on his current Leicester deal. (Sun)

Thomas Partey has been in fine form for Arsenal this season

Newcastle United are considering launching a bid to sign Paris St-Germain goalkeeper Keylor Navas but the Ligue 1 club want to keep the 35-year-old Costa Rican and are keen not to let him move. (RMC Sport via Mail)

However, the Magpies have failed in their bid to sign Dutch centre-back Sven Botman, 22, from Lille. (90min)

Chelsea are interested in signing Paris St-Germain’s French defender Layvin Kurzawa, 29, on loan but talks have not yet opened between the parties. (Fabrizio Romano on Twitter)

Southampton are in talks with Chelsea over a permanent move for the Blues’ on-loan 20-year-old Albania forward Armando Broja. (Guardian)

Ousmane Dembele is a top target for Newcastle

Barcelona’s French winger Ousmane Dembele is expected to leave Barcelona for either Manchester United or Juventus with Chelsea and Bayern Munich now outsiders to sign the 24-year-old. (Sport – in Spanish)

Arsenal have made a £50m offer for Fiorentina’s Serbian striker Dusan Vlahovic, 21, with Uruguayan midfielder Lucas Torreira offered as a makeweight. (Metro)

Borussia Monchengladbach would be open to selling 25-year-old Swiss midfielder Denis Zakaria, a target of Manchester United, in the January transfer window. (Kicker, via Mirror)

United are at risk of missing out on signing RB Leipzig’s Mali midfielder Amadou Haidara. The 23-year-old would be available for £33m but Newcastle United are also interested. (Mirror)

Reading manager Veljko Paunovic is confident that former England striker Andy Carroll will stay at the Championship strugglers after his short-term deal ended on Saturday. However, Burnley are also interested in the 33-year-old. (Sun)