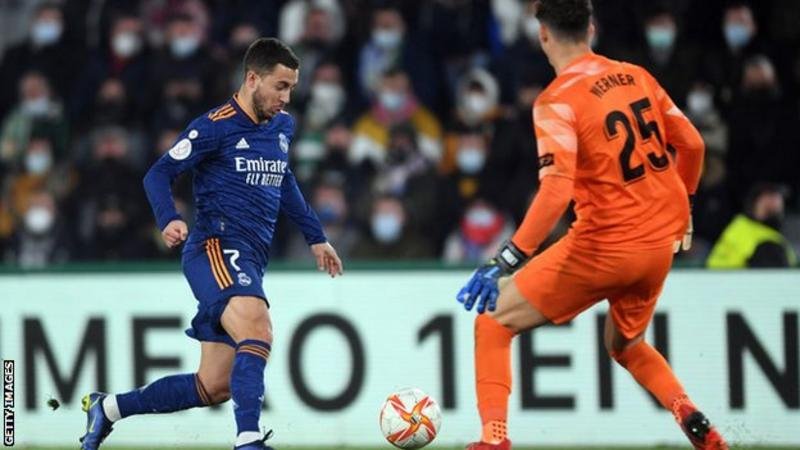 After a tight game in normal time, the hosts took a shock lead when Gonzalo Verdu fired in from the edge of the area after his free-kick hit the wall.

Isco levelled on 108 minutes, before Pere Milla was sent off in stoppage time.

The visitors created chances but couldn’t find a way through in normal time, and brought on both Luka Modric and Casemiro with 20 minutes remaining.

Hazard was introduced for extra time, but Madrid were forced to respond after Verdu’s strike just before the break.

With penalties looming, Hazard latched on to David Alaba’s pass to round Axel Werner and send Carlo Ancelotti’s side through to the last eight.

Sevilla back for Martial, Madrid to complete Mbappe signing