Egypt through to last 16 with win over Sudan
Advertisement 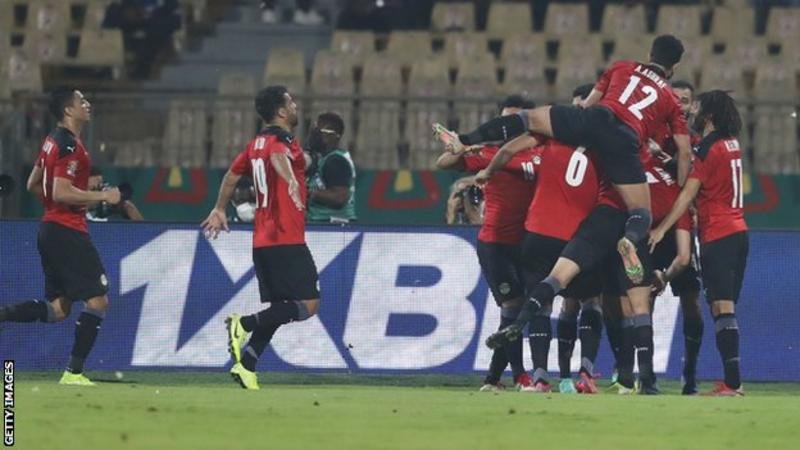 Egypt edged past Sudan to finish second in Group D and qualify for the last 16 of the Africa Cup of Nations.

Mohamed Abdelmonem scored the game’s only goal, heading home Abdallah El Said’s corner for the Pharaohs in the 35th minute.

Sudan offered little with Egypt going close to a second through a Mohamed Salah effort well-saved by keeper Mohamed Mustafa in the second half.

Egypt will face the winners of Group E on Wednesday, 26 January.

Sudan, champions in 1970 and playing in their first major tournament since 2012, finished third in the table, collecting one point and scoring just one goal.

Egypt cruise to win in Yaounde

Seven-time winners Egypt have now reached the knockout stages in five of their past six appearances at the Nations Cup.

They came into this fixture knowing a draw would be enough to secure their progression while Sudan needed victory to keep their hopes alive.

Carlos Queiroz’s side dominated from the off with forward Mostafa Mohamed seeing his first-half header stopped by Sudan goalkeeper Mustafa.

And once the Pharaohs took the lead they continued to boss proceedings, with Mustafa equal to another Mostafa Mohamed effort just before half-time.

Liverpool forward Salah also went close, forcing Sudan’s keeper into another good save with a low shot after 58 minutes.

And Salah then set up Amr el Solia moments later but the midfielder could only blaze an effort over the bar from close range.

In the closing stages, Sudan had a flurry of half-chances, but ultimately Egypt stayed strong to claim all three points.

Related Topics:Africa Cup of NationsEgyptSudan
Up Next