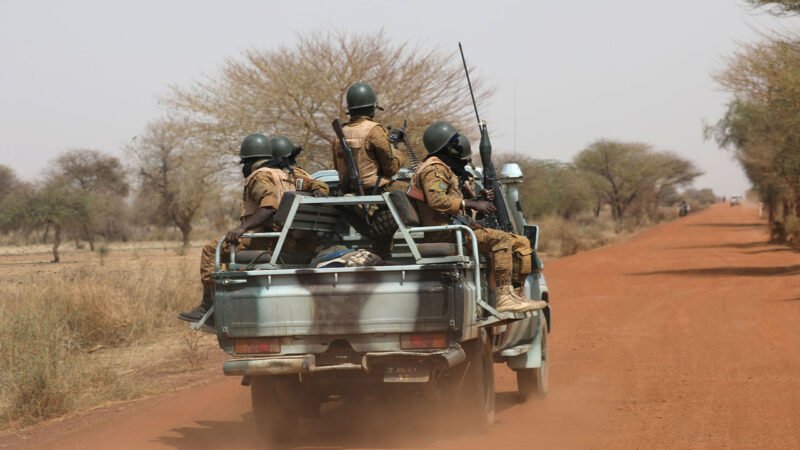 Heavy gunfire has been heard at several barracks in Burkina Faso‘s capital Ouagadougou, and at a nearby air base.

The government has denied reports of a coup or that President Roch Kaboré has been detained.

The defence minister said the crisis had been contained, though there was still shooting at some barracks.

The government has faced growing discontent over its failure to quell an Islamist insurgency that has devastated the West African state since 2015.

On 11 January, it said that 10 soldiers had been arrested over an alleged coup plot.

The government has also repeatedly cut internet services, and has cracked down on public protests against the growing instability.

Residents said that gunshots could be heard since the early hours of Sunday at military camps in the west and south of the capital, Ouagadougou, and at an air base near the main airport.

Soldiers convicted of a coup attempt in 2015 are imprisoned at the camp in the west, known as Sangoule Lamizana.

Shooting was also heard at military bases in the northern towns of Kaya and Ouahigouya.

In a televised address to the nation, Defence Minister Barthélémy Simporé played down reports of a mutiny.

He said there were “localised, limited” incidents “in a few barracks”, and none of the “republican institutions” had been targeted.

The soldiers involved had not yet made any demands, and the government was still trying to understand their motives, he added.

Gen Simporé urged people to continue with their normal activities, saying the government would release further information in due course.

The location of President Kaboré is unclear, but the defence minister denied rumours circulating on social media that he was under arrest.

The polls were the first since long-serving ruler Blaise Compaoré went into exile a year earlier following a popular uprising against his rule.

Mr Kaboré announced a shake-up of the military top brass in November in an attempt to tighten his grip on power, and to fight Islamist insurgents who have wreaked havoc in the entire region.

The killing of 53 people by suspected jihadists in November heightened public outrage against the government for failing to end the insurgency, and raised fears that the military would take power – just as it had in neighbouring Mali in May.

Lawan calls for probe in the killing of Yobe driver