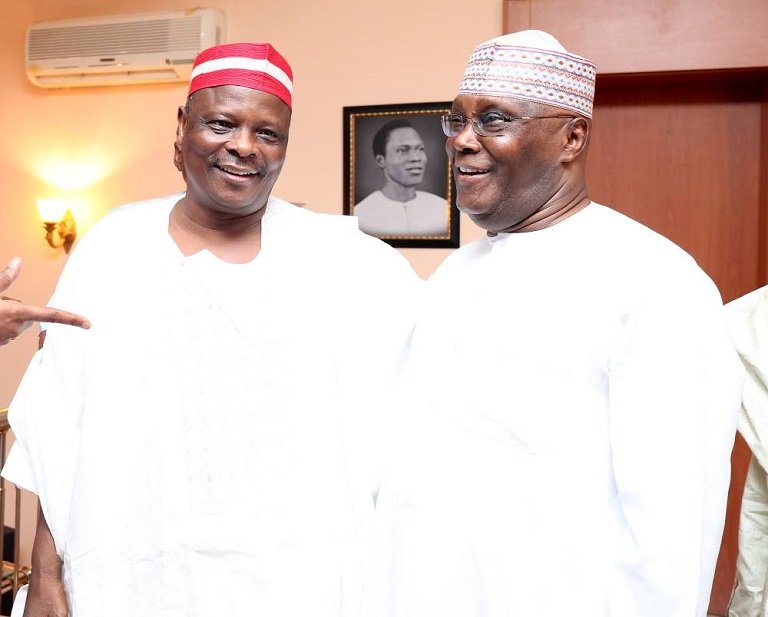 It is a war of the proxies in the Peoples Democratic Party (PDP) as the race for 2023 presidential election hots up across Nigeria.

Segun Sowunmi, a former spokesperson to Atiku fired the first shot in a letter to the PDP Governors Forum last week, asking the party to reject “kindergarten president and commander-in-chief”.

Sowunmi’s letter has since raised eyebrows from younger contenders who do not quite agree that Atiku is “highly experienced”.

Excerpts from Sowunmi’s letter reads: “Everyone wants to be President after Buhari but not everyone can do the work that a post-Buhari President will be called upon to do. Presidential powers and privileges mean nothing if the prerequisite experience is absent. We cannot jump from frying pan to fire.”

But a counter attack from a spokesman of a group within the PDP, Dr. Rufus Omeire, defended the younger aspirant.

Omeire even claimed that Atiku does not have the requisite experience to lead Nigeria because he has never been a “chief executive” before and have never made big decisions in his life.

He queried Atiku’s political relevance above other aspirants.

Writing under the eagis of the PDP Action 2023, Omeire questioned Sowunmi’s classification of Atiku as an experienced politician, stating that the forever vice president only played subordinate roles in public offices he held in the past.

In his counter attack, Omeire said: “With respect to relevant experience for the top job, let us x-ray the candidates. Atiku Abubakar’s public sector experience consists of deputy director of Customs, a subordinate position.

“He never became chief executive of Customs and Excise Department. The buck never for one day stopped on his table in the Customs service.

“He became Vice President of the Federal Republic of Nigeria, a highly exalted office, but he was never a chief executive. He only carried out instructions of his boss, President Olusegun Obasanjo.

“He never had the experience of a chief executive. The buck never stopped at his table. The President could accept or reject his recommendations.

“He didn’t have relevant direct experience of the top job. So wherein lies the famed experience of Alhaji Atiku Abubakar? He clearly doesn’t have the requisite public sector experience.

“Tambuwal, Saraki and Anyim headed Houses of the Legislature at the federal level as chief executives. The buck stopped on their tables as Speaker and Presidents of the Senate.

“Tambuwal, Bala Mohammed, Wike and Saraki have relevant executive experience as governors. They have seen it all from the executive point of view.

“They took decisions at the executive level in their states and have direct and first – hand experience in formulation and execution of government policies.”

Throwing more jabs, Omeire recalled how Atiku’s numerous defection from the PDP to other parties in the past and “abandoned ship mid sea” after he lost the 2019 election.

“Sowunmi should find other grounds to market Atiku, his boss, rather than flouting his old age and experience.

“He should further desist from these unnecessary insults on other aspirants whom Alhaji Atiku might have to support after the primaries.”

No decision to remove fuel subsidy yet – NEC