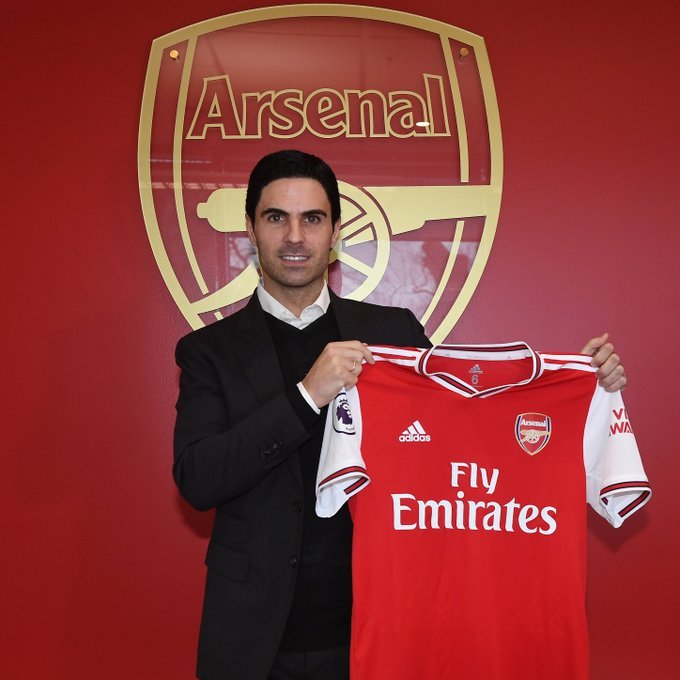 Manchester United have ended their interest in Borussia Dortmund striker Erling Braut Haaland after being told that the 21-year-old Norway international would prefer a move to Real Madrid. (ESPN)

England forward Raheem Sterling, 27, was open to the idea of joining Barcelona on loan from Manchester City before the La Liga side decided to pursue 21-year-old Spain winger Ferran Torres, who moved to the Nou Camp in a £46.3m deal earlier this month. (Athletic – subscription required)

Fiorentina striker Dusan Vlahovic “dreams” of playing in the Premier League, but the 21-year-old Serbia international would prefer a move to Manchester City over Arsenal. (La Repubblica – in Italian)

Arsenal are set to offer manager Mikel Arteta, 39, a new two-year deal before the end of the season to fend off potential interest from Manchester City. (Mail)

Argentina forward Julian Alvarez is close to joining Manchester City from River Plate on a five-year deal, but the 21-year-old will stay at the Argentine club until June. (Guardian)

Chelsea, Tottenham and Barcelona have enquired about the availability of Lille‘s 22-year-old Canada striker Jonathan David, who has scored 12 goals in 21 Ligue 1 games this season. (TSN)

Tottenham are edging closer to agreeing a deal with Wolves to sign Adama Traore having seen a £15m bid for the 25-year-old Spain winger turned down earlier this week. (Athletic)

Paris St-Germain‘s move for Tottenham midfielder Tanguy Ndombele has hit a snag with the French club struggling to convince one of their players to be included in a swap deal for the 25-year-old. The France international is also attracting interest from Roma and Napoli as well as clubs in Spain and Germany. (TF1 via Get French Football News)

Germany defender Antonio Rudiger is demanding a contract worth £46m in total before agreeing to extend his Chelsea deal. The 28-year-old’s contract at Stamford Bridge will expire in the summer and while his camp held talks with Real Madrid in December, the Spanish side have since cooled their interest. (Marca)

Burnley have made a bid to sign Iran striker Sardar Azmoun, 27, from Zenit St Petersburg. Azmoun, who has six months left on his Zenit deal, has also been linked with Lyon and Juventus. (Athletic)

Brazil playmaker Oscar, 30, has confirmed he has held talks with Barcelona about signing for the Catalan giants from Shanghai Port, who he joined from Chelsea in 2017. (TNT Sports – in Portuguese)

Ivory Coast defender Eric Bailly is open to leaving Manchester United this month but while AC Milan have expressed interest in the 27-year-old, the Italians cannot afford to meet the Premier League club’s conditions. (ESPN)

Leeds have opened contract talks with 25-year-old Brazil winger Raphinha in a bid to ward off interest from Liverpool, Chelsea and Bayern Munich. (Star)

Crystal Palace have pulled out of the race to sign Wales midfielder Aaron Ramsey from Juventus, despite the 31-year-old’s interest in working under Eagles boss Patrick Vieira. (Mail)

Ajax and Mexico midfielder Edson Alvarez, 24, is the subject of interest from Chelsea, Leicester and Crystal Palace. (Football Insider)

Nice are hoping to land 20-year-old Spain winger Bryan Gil on a loan deal from Tottenham. (L’Equipe via Get French Football News)