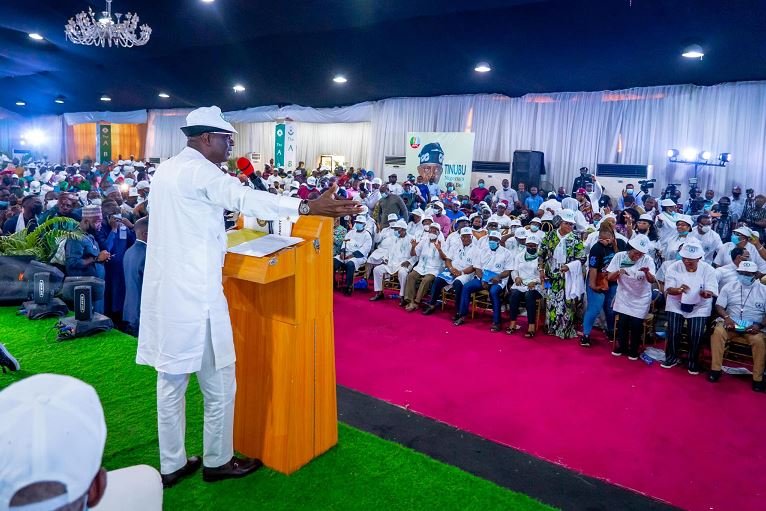 Governor Babajide Sanwo-Olu of Lagos state on Thursday declared his support for Asiwaju Bola Tinubu’s 2023 presidential ambition, stressing that, he is the most sellable candidate.

Asserting that Tinubu is the best candidate for Nigeria, he noted that, his qualification rests on his demonstrated capacity in deploying a mix of genius and statecraft to nurture a city on the brink to a flourishing economy.

“I led my cabinet members and other political leaders in Lagos today to the launch of Asiwaju Bola Ahmed Tinubu Movement where I declared that the All Progressives Congress national leader is the best man to lead Nigeria from 2023,” he said during the launch in Lagos.

He added that, “Asiwaju Tinubu’s qualification rests on his demonstrated capacity in deploying a mix of genius and statecraft to nurture a city on the brink to a flourishing economy. It must be clearly said that the progress in Lagos remains a visible experiment initiated by the APC national leader.

“ABAT is a movement that is committed to mobilise grassroot support towards making Asiwaju Tinubu the next President of Nigeria.

He explained that, “Our work is to tell the naysayers and those who are still in doubt that we are ready to work for the realisation of this ambition, because Asiwaju Bola Ahmed Tinubu is the number one sellable candidate.

“We will preach this gospel with diligence, dedication and a high sense of commitment because Asiwaju is an unfolding success story our nation deserves at this time,” he said.