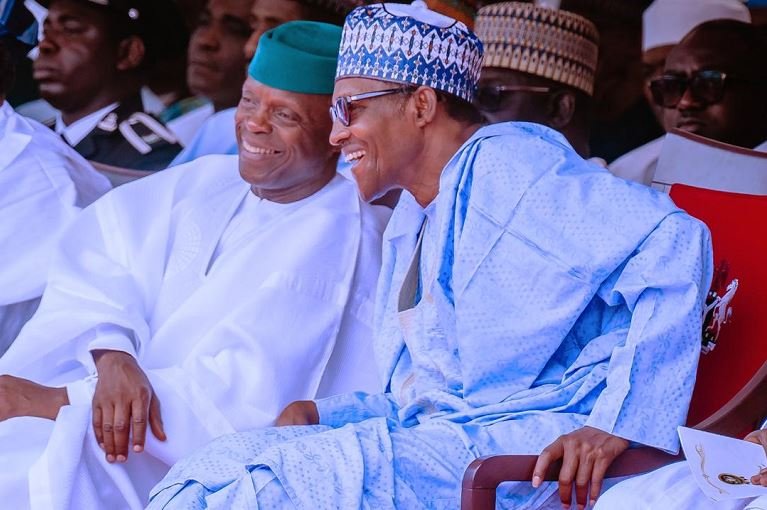 National Coalition of Women for Osinbajo (NCWO) has urged President Muhammadu Buhari and the All Progressives Congress (APC) to adopt Vice President Yemi Osinbajo as the party’s presidential consensus candidate.

Speaking at a press conference on Wednesday in Abuja, Rabi Dauda, NCWO chairperson, said Osinbajo has the intellectual capacity to make the country progress.

She added that the caretaker committee should ensure that the election of APC national leaders at the forthcoming convention is free and fair.

“We strongly affirm Nigerian women’s utmost confidence in the candidature of professor Yemi Osinbajo as a people-focused leader with the right intellectual capacity and innate leadership qualities to move Nigeria forward, with an emphatic attention to women’s progress and development,” she said.

“We demand the emergence of truly people-focused leadership at APC’s forthcoming convention and presidential primaries, either through consensus or voting processes as we look forward to the unfettered emergence of Vice-President Yemi Osinbajo as APC presidential flag bearer in 2023 elections.

“We strongly appeal to President Muhammadu Buhari, members of the federal executive council (FEC), state governors, party leaders at federal, state, local government levels and all genuine progressives among delegates to the APC presidential convention to ensure the actualization of an Osinbajo presidency in 2023.

“Without any iota of doubt, we believe that the emergence of Prof Yemi Osinbajo as the 2023 presidential flag-bearer of the APC will give Nigeria the opportunity to realize these lofty collective progressive aspirations.”

Dauda said the APC should ensure that women and youths are put in leadership positions in the party.