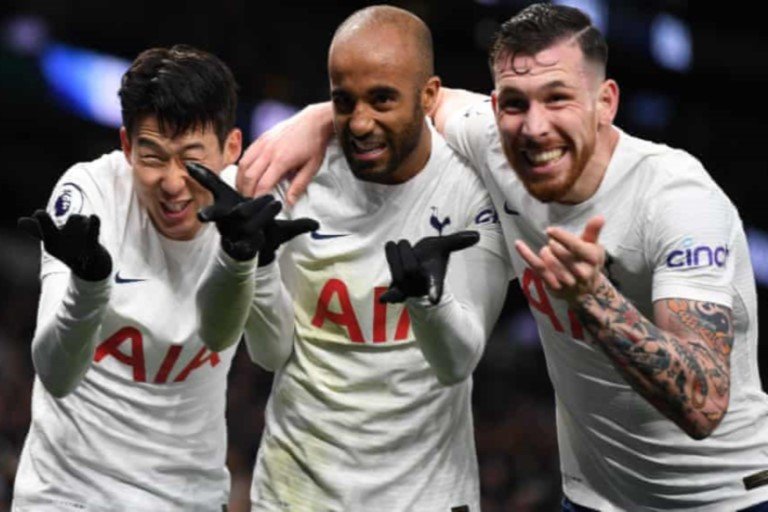 The Brazil forward found the top corner from 25 yards after a move which saw him beat two Norwich players and play a one-two with Son Heung-min.

Norwich should already have taken the lead but Teemu Pukki fired straight at Hugo Lloris before Moura scored his first Premier League goal since February.

Davinson Sanchez doubled the lead when the Colombian defender lashed home after Norwich failed to deal with a corner before Son made it 3-0 with a neat finish.

At 1-0 Harry Kane missed a chance to score his first top-flight goal under Conte when he spotted Tim Krul off his line, but the England captain’s lob over the keeper fell wide of the target.

The Canaries are three points from safety after their first defeat under Dean Smith.

They missed a golden chance to equalise when 20-year-old Republic of Ireland forward Adam Idah fired wide from close range before Sanchez had made it 2-0.

Tottenham were drifting in eighth spot in the table when they sacked Nuno Espirito Santo last month, but are now in a Europa League position – two points off a Champions League spot – after leapfrogging north London rivals Arsenal.

Yet they are far from the dominant force Conte wants them to be and remain a work in progress.

Spurs were fortunate not to concede, particularly when the defence opened up to allow Idah a chance he failed to take.

It proved a key moment as Spurs scored twice in the space of 10 minutes to take the game away from the Canaries.

While Conte knows there is plenty of hard work ahead, at least Spurs are building momentum and getting into the habit of winning matches.

They remain unbeaten in the league under the Italian after taking 10 points from four matches.

While Kane’s lack of goals remain a concern, Son is flourishing under Conte after finishing the game with a goal and an assist ahead of Thursday’s important Europa Conference League game in France against Rennes.

Smith will be encouraged by the number of opportunities his side created but will also wonder how his side did not score as Pukki, Idah and substitute Josh Sargent wasted good chances.

Having dropped to the bottom without playing on Saturday after Newcastle’s win over Burnley, the Canaries now have back-to-back home games.

Smith will no doubt spend the week with his players on the training pitch working on their finishing before Manchester United’s visit next Saturday.