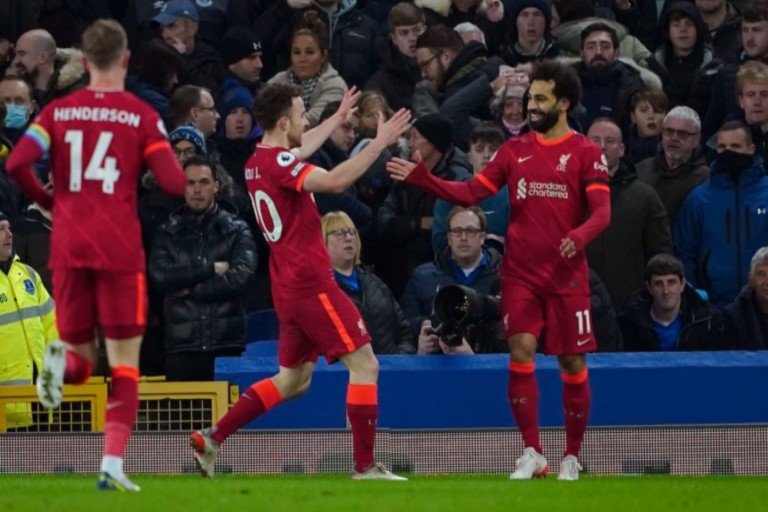 Mohamed Salah scored twice as Liverpool brushed Everton aside to ensure Rafa Benitez’s first Merseyside derby as Toffees boss was a miserable one.

Jordan Henderson gave the Reds an early lead before Salah added a second from a tight angle soon after.

Demarai Gray pulled one back before the break, sparking an Everton revival.

But Salah pounced on a Seamus Coleman mistake to score Liverpool’s third and dash hopes of an Everton comeback before Diogo Jota completed the win.