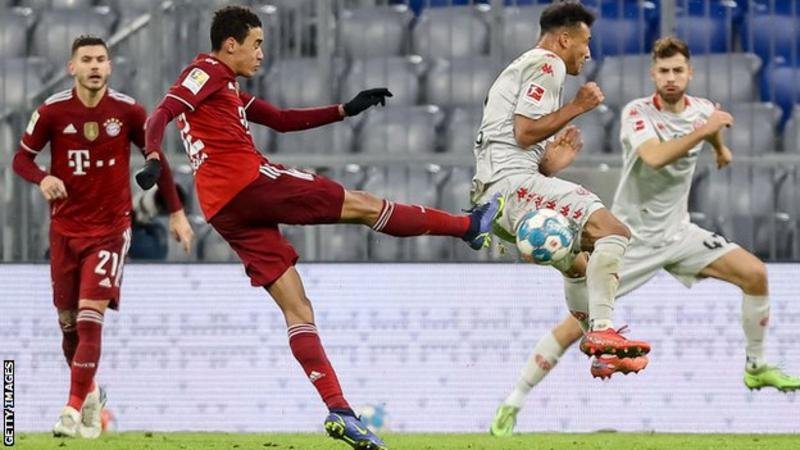 Bundesliga leaders Bayern Munich came from behind to beat Mainz at the Allianz Arena.

The visitors took a shock lead courtesy of Karim Onisiwo’s close-range header midway through the first half.

Nagelsmann’s side move six points clear of second-placed Borussia Dortmund, who were held to a 1-1 draw at Bochum.

Marius Wolf thought he had fired Dortmund level early in the second half, but Jude Bellingham was ruled to be in an offside position in the build-up to the goal.