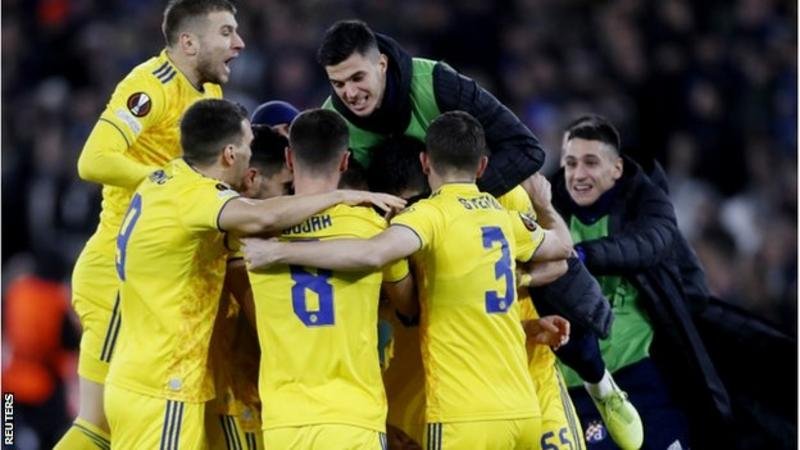 A youthful West Ham side ended their Europa League group campaign with a home loss to Dinamo Zagreb.

The Hammers had already won Group H, securing their place in the tournament’s last 16 in March and, as a result, David Moyes named a starting XI including five players aged 20 or under.

An inexperienced defence conceded after only three minutes when they backed off Mislav Orsic following a throw-in and he curled the ball into the top corner from the edge of the penalty area.

Sonny Perkins, 17, in his first start for the Hammers, would have become the club’s youngest scorer in European competitions but headed over from Harrison Ashby’s cross.

Dinamo Zagreb, who have won the Croatian league four years in a row, finish second in the group and also advance in the competition.

“I’m a winner and disappointed we didn’t get something out of the game,” said Moyes.

“I thought the young players did really well and recovered after losing an early goal.

“I’m always happy to give young players a chance but they have to earn the right to play and none of them let us down – they did a great job.”

West Ham have been competing in the group stage of the Europa League for the first time and 13 points from their first five matches had guaranteed them top spot.

That meant they jump straight into March’s last 16, avoiding February’s play-offs which will feature the eight Europa League runners-up against the eight teams that finished third in their Champions League groups, including Barcelona, Borussia Dortmund and Porto.

West Ham’s Under-23s are currently top of the Premier League 2 competition and Moyes decided to select the back four that regularly plays in that competition.

A wonder goal from Orsic in the opening minutes was a tough introduction to the higher standard, although the home defence did improve as the game progressed.

However, the hosts struggled to create chances.

Zagreb captain Arijan Ademi headed over in the first half and Luka Ivanusec missed two chances within a minute of each other.

After the break, a fine one-handed save from West Ham goalkeeper Alphonse Areola denied the visitors and Orsic a second goal.

However, this was a perfect opportunity for some of the Hammers youngsters to get some game time and for Moyes to rest some first-teamers in a busy month for the club that sees them play nine times, including a Carabao Cup quarter-final against Tottenham on 22 December.

Moyes’ side, fourth in the Premier League, can now forget about this tournament for three months before some potentially huge challenges ahead in the spring of 2022.

“I’m really looking forward to it,” said Moyes. “At the start of the campaign, if you had said we would have European football after Christmas, I would’ve been really pleased but to win the group was very good.

“At the moment West Ham are a big team and people will be worried about us.

“We’re a good team and if we can take on Champions League finalists and winners and give them a run for their money then whoever we get, we will give them a good game.”