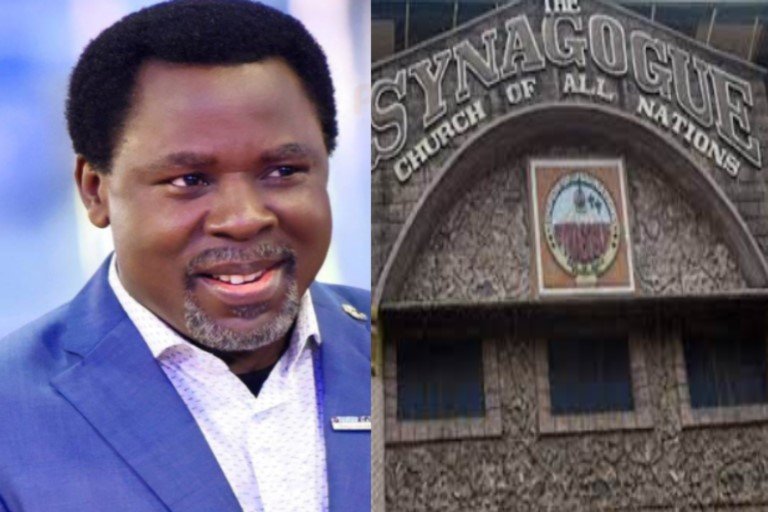 The Synagogue Church of All Nations (SCOAN) reopened for regular services on Sunday, 21 months after the COVID-19 pandemic forced the Lagos-based religious center to close.

After the Federal Government announced measures to curb the spread of the disease, TB Joshua, the late founder of the SCOAN, halted regular services in March 2020.

In a statement on TB Joshua’s Ministries official Facebook page, the church wrote: “At God’s time, everything is beautiful! Healing, deliverance, and all of God’s blessings happen! Now is the time!” to signal the restart of services.

While the government later relaxed the protocol, allowing worship centres to resume services – as long as safety protocols were followed – TB Joshua’s church continued to hold online services. On several occasions, the cleric stated that he was awaiting divine guidance on his next move.

Evelyn Joshua, the late preacher’s wife, was equally responsible for the closure, which came long before the cleric’s death in June of this year.

A visit to the church’s digital platform revealed videos and photos of worshippers inside the Synagogue building in Lagos State’s Ikotun-Egbe neighbourhood.

Evelyn, who emerged as the leader of the Lagos-based church after a leadership tussle, led the service, which followed COVID-19 protocols.

The return to regular church services on Sunday comes five months after the death of the Ondo-born cleric, who was credited with attracting a number of high-profile politicians to the SCOAN during his lifetime.

His funeral, which took place about a month after his death, drew hundreds of mourners from both within and outside Nigeria, despite the fact that the event was largely ignored by Nigeria’s top pastors.

He died on June 5th, just hours after completing a service, but his cause of death was never revealed.

Abuja, Kaduna, Edo, others in darkness as labour down electricity