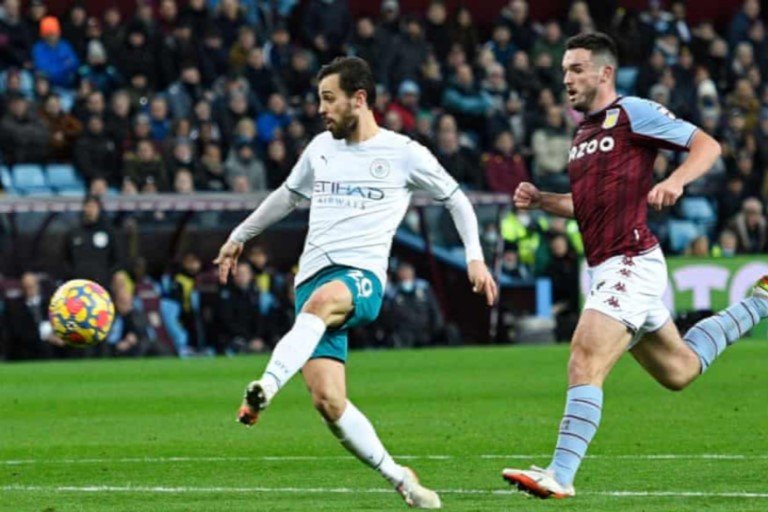 Bernardo Silva scored one of the goals of the season to help Manchester City beat Aston Villa and inflict Steven Gerrard‘s first Premier League defeat as a manager.

It was a fourth league win in a row for Pep Guardiola’s side, one that keeps them second in the table, one point behind leaders Chelsea.

Silva showed world-class technique to side-foot volley Gabriel Jesus’ dropping cross into the roof of the net from just inside the area, after City ripped their hosts open with a rapid break.

That sublime strike doubled the visitors’ advantage before half-time, with Ruben Dias the unlikely source of their opener when he curled into the bottom corner from the edge of the box.

Villa have renewed resolve since Gerrard’s arrival though, and Ollie Watkins replied immediately after the interval with a neat strike from a well-worked corner routine.

But the hosts were unable to find a leveller and Gerrard, having won his opening two games in charge, was handed his first loss in the Villa dugout.

Jack Grealish was brought on as a late substitute to make his first return to Villa Park since a £100m summer move, greeted by a mixture of boos and applause from the home crowd that once adored him.