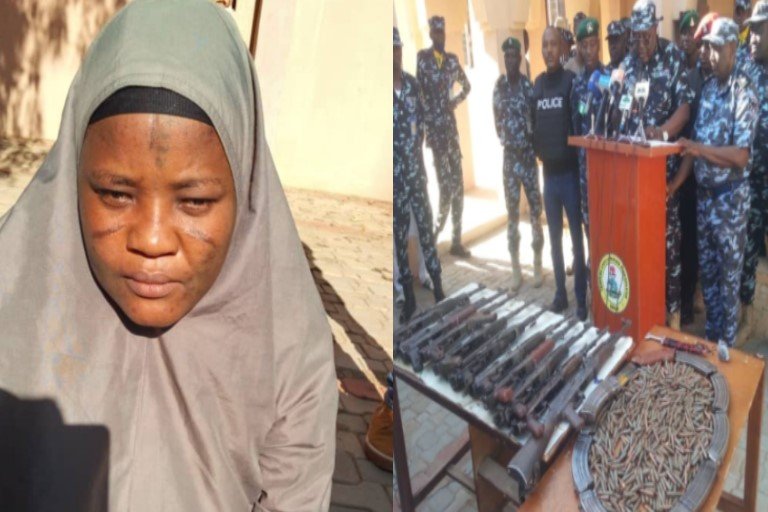 A 30-year-old woman has been nabbed in Zamfara State for supplying weapons and ammunition to bandits.

The woman, Fatima Lawali, was arrested on Thursday, October 25 at around 9.30 p.m., according to the state Commissioner of Police in Gusau, Ayuba N. Elkana.

The suspect, who is from the state’s Kaura-Namoda Local Government Area, was apprehended with 991 rounds of live AK-47 ammo.

According to police, she was transporting ammunition from Dabagi Village in Sokoto State to an infamous bandits’ kingpin known as Ado Alero, who has been terrorizing Zamfara and neighbouring areas.

“On 25th October 2021 at about 0930hrs, Police Tactical Operatives of the Command in collaboration with FIB/STS led by DSP Hussaini Gimba on Tactical Operations in the state, arrested one Fatima Lawali, F, a native of K/Namoda LGA of Zamfara State,” the police commissioner said.

“The suspect was arrested at Gada Biyu area, under Bungudu LGA with nine hundred and ninety-one (991) rounds of AK-47 live ammunition conveying from Dabagi Village in Sokoto State to be delivered to a notorious bandits’ kingpin called Ado Alero who has been terrorising Zamfara and neighbouring states.”

In addition, the police chief stated that the Police Tactical Operatives conducted tactical operations in other bandit enclaves throughout the state following interrogations of the woman and other suspects arrested.

The actions resulted in a fierce gun battle with the bandits, in which an undisclosed number of bandits were killed and others escaped with possible bullet wounds.